The Hurley. Also known as the Camán. 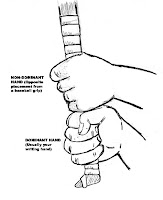 The Hurley. Also known as the Camán

The earliest recoded reference of the game of hurley being played by the anciemt tribes of Ireland dates from 1800 BC to 1300 BC. First recorded in the ancient Irish Annals.

The Irish Annals are a body of work mixing Irish history with legend and mythology. The annals record in 1272 BC, that the strongest and most skilled warriors of the Tuatha de Danann defeated their rivals, the Firbolgs, in a hurley match to the death at The First Battle of Moytura. There were twenty-seven men on each side and when the game was over, the casualties were afforded a funeral of honour and were buried together under a huge stack of rocks known as a cairn, an ancient equivalent of our modern day monuments and burial headstones.

At the Second Battle of Moytura, the Tuatha de Danann leader, Nuada, would be killed by the Formorians, another of the original inhabitants of Ireland. Celtic Sun God Lugh, one of the Danann warriors, would emerge as a hero having killed the Formorian warrior, Balor, by shooting a stone into the giant’s eye.

Later, the Brehon Laws would declare the game of Hurley as a form of Irish military service. The laws asserted, if a man was killed or injured by a Hurley, either his surviving family or himself are eligible for life-long financial assistance. This could be considered the earliest example of a military disability or widow’s pension. Also stipulated in the laws, all sons of kings and chieftains were to be supplied with Hurley sticks during the traditional period of fosterage with another noble family.

In 200 BC The Irish Annals recorded the childhood exploits of King Lowry Loingseach. Lowry, said to be mute, only uttered his first words after being hit with a stick during a Hurley match. It is not known what he said but it is believed to be unrepeatable.

Around 100 BC, Cuchulain, an Ulster warrior, leader of The Red Branch Warriors and son of the Celtic Sun God Lugh and a human mother Dechtire, gained youthful fame on account of his hurling abilities. In one legendary incident, he single-handedly defeated one hundred and
Fifty warriors in a hurling match on the Field of Armagh.

Angered by their defeat, the men attacked Cuchulain, but he fought back killing fifty men with his bare hands before the others fled the field. Considered the greatest warrior of ancient Ulster, Cuchulain was known for his uncontrollable temper and physical deformities, such as having seven fingers on each hand and seven toes on each foot. He was said to go insane with uncontrollable rage and, during times of insanity, was reported as having seven pupils in each eye. On one occasion, he had reportedly carried the ball on the blade of his Hurley stick a distance of nine miles in a repetitious motion of throwing the ball into the air and catching it on his blade before it could drop to the ground.

Cuchulain was the nephew of King Conchobar. At the age of seventeen, Cuchulain singularly defeated the forces of Maeve, warrior Queen of Connacht, when she tried and failed, in an attempt to capture Ulster. Tales of all kinds are told about him. At the age of twenty-seven Cuchulain, finally met his match when he was killed in an ambush. His attackers are said to have severed his head using the great warrior’s own hurley stick.

Hurley continued to be popular in Ireland but, according to the Irish texts, The Dun Cow 1100 AD, and The Book of Leinster 1160 AD, it was not until the 3rd century AD that the Irish had their next great Hurley warrior. Fionn MacCumhail, popularly known as Finn MacCool, was the mythical leader of the fighting band Fianna Eireann. MacCool is said to be a descendant of the god Nuada, former king of the Tuatha De Danaan. MacCumhail's most notable hurley accomplishment occurred when he defeated fifty men by scoring the decisive goal in a match at Tara. His reward for his deed was a kiss from King Cormac MacArt’s daughter - the woman he was to subsequently marry.

Even in the religious records of ancient Ireland one finds mention of hurley. Such is the example and story of the visit of Saint Colmcille to Tara. In the 5th Century Tara was reputed to have been a powerful and sacred place of gods and an entrance to the other world. During his time there, a Connacht prince used a hurley to kill a young boy. Although Saint Colmcille attempted to intervene, the prince was summarily executed on the spot, for such was the anger of those who had witnessed this savage act.

Hurling eventually evolved into a sport and was played by teams representing neighbouring villages. The teams could be made up of all the available males capable of holding a stick and might have lasted several hours. They were usually for the honour of the village, to settle disputes or for entertainment value.

It has been held in high esteem throughout the ages and has become one of our national games supported by huge armies of fans flying their county colours and promoted all over the world by The Gaelic Athletic Association.

It has to be one of the fastest team sports played today, exciting and a little dangerous it is the embodiment of the Irish spirit. The game of Camogie played by women is almost identical to the game of hurling and is both as exciting and as popular. If you get the chance to watch a game or better still go to a game and join in the crowd excitement then don’t hesitate.
Posted by SilentOwl at 11:15 AM