Petticoat Loose. The Witch of Baylough. 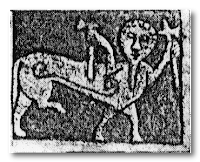 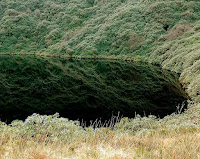 The Legend of Petticoat Loose.

Petticoat's real name was Mary Hannigan. Born during the time of the hedge-schoolmasters in the early part of the nineteenth century. She was the only child of a well to do farming family. They lived in the townland of Colligan, which is not far from Clogheen. Now Mary was not the type of woman you could call feminine; she was as tough as nails, near six foot tall and built in proportion. She did the work of a man on her father’s farm without thinking twice about it. If there was one thing that Mary Hannigan was known far and wide for it was her dancing. Spinning and whirling around the dance floor, no man could match her. That is except for one hefty lad, and his prowess led him into a marriage with Mary. A marriage closely followed by his early death.

Now how Mary came to be called Petticoat Lucy came about like this. There was a wedding in the neighbourhood with drinking and dancing well into the night and through to the early hours of the morning. Now Mary was able to drink as well as she could dance, and as she spun around in a drunken dance the buttons of her skirt caught onto a nail. The buttons burst open and her skirt fell to the ground, to the great delight of the others in the room who laughed and jeered her. This is the incident that earned her the name of Petticoat Loose which became Petticoat Lucy over time. Not being one to take foul comments lightly there was soon fists flying in all directions as Mary landed many a clout on those who mocked her.

It is said also that Mary and her husband had difficulties with their herd of cattle and often added water to the milk to make it go further. There were rumours by some that when Mary's milk was added to tea it turned blue and some older locals whispered that she might be a witch. Now Mary had been married a year when, one night as she and her servants were milking the cattle there came a cry of agony from a nearby field. A servant girl began to run towards the field to help however she was soon stopped by a milking stool which hit her square on the back of the head knocking the poor girl out.

When she came to Mary told her it was she who had thrown the stool and that it served her right and that in future she should learn to mind her own business. Mary’s husband was never seen again after that night. The locals in Colligan concluded among themselves that Mary’s lover, a local hedge-schoolmaster, had committed the murder. When asked of her husband’s whereabouts Mary would simply answer that he had gone away and that he would return someday. Nobody dare question her further for fear of her violent temper.

One night about one year later Mary went on a drinking bout in a local public house accompanied by some of the neighbouring workmen. After several pints she was challenged by one of the workmen to prove her drinking skills. After gladly accepting the offer half a gallon of beer was placed before her. She drank it down with ease and she was in the middle of gloating to the other workmen when suddenly she slumped forward onto the table, dead. She died without a priest, which was an awful thing to happen back then. There was a big wake for Mary and the whole village turned up to pay their last respects but no priest was called, even for the burial.

Seven years passed and Petticoat Lucy was near forgotten. Then one night there was a dance in Colligan. Half way through the night, near midnight a man went out to catch a breath of fresh air. When he went back into the dance hall he was as white as a sheet. With a shaking voice he told the others in the hall that he had seen Mary sitting on a pier in the yard. All were afraid to leave the dance hall until morning.
After that night Mary was seen in many places around the area and most now believed that that she had become a witch. One night a man with his horse and cart was travelling down a dark country lane when he came upon Mary standing at the side of the road. The driver didn't want to stop for her, but she jumped aboard the cart anyway.

With the effort of trying to pull the enormous load, the horse fell down dead - and Petticoat Lucy ran away laughing. Soon it became common practice for people travelling at night to bring a safe guard with them mainly religious relics and hazel sticks.

Finally the people grew tired of living in fear of Petticoat Lucy and they called upon the parish priest to rid the county of Mary and her nightly visitations.

The priest set out that very night on a pony and trap accompanied by two men. After sometime they spotted her coming across a field, the priest asked her name and she replied "I’m Petticoat Loose". The priest then got off of the trap took out a bottle of Holy water and said "I am going to banish you from this place forever! All the devils in hell can’t help you now! For all the cruel things you did during your life, especially getting a man to kill your husband. I shall send you to the far banks of the deepest lake in the Knockmealdown Mountains and you shall be condemned to empty it with a thimble!" With those words and a splash of the holy water Mary vanished in a flash and she was never seen again.

Many believe that she is still up there sitting on the far bank of Bay Lough with her thimble, vainly trying to empty the lake. The priest died two weeks later some say she had drained the life out of him. If you were ever to visit the lake itself you will be struck by the feeling of loneliness that surrounds the area.

Few ever now swim in that lake because of the fear that the spirit of the old witch would grab your legs, pull you under and keep you there forever. Baylough will be forever associated in legend with "Petticoat Loose", and in this area where she did so much harm, she is called the witch of the Knockmealdowns.

In keeping with many of the lake monsters that inhabit the lakes of Ireland it has been said that Petticoat Loose can assume the shape of half horse half human.
Posted by SilentOwl at 10:13 AM