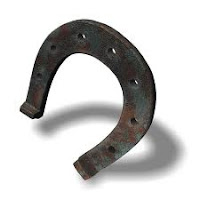 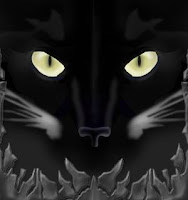 We live in a world of technology. A fast moving world, yet despite all this superstitions have survived right up to the present day. There are still a great number of Irish people at home and abroad who still believe in superstition and the supernatural. After all isn’t that all religion is when you get right down to it? People may not like to admit it for fear of being ridiculed yet they continue to read the horoscopes, go to faith healers and psychics, they do the lotto and are even scared of the dark and graveyards at night. Things that go bump in the night? Here are a variety of superstitions that we have and maybe still believe in today.

A sick person’s bed must be placed north and south NOT cross ways.

The touch from the hand of a seventh son is said to cure the bite of a mad dog.

An Iron ring wore on the fourth finger will ward off rheumatism.

The seeds of docks tied to the left hand of a woman will prevent her from being barren.

To cure a fever place the person on the shore when the tide is coming in. When the tide begins to go back out the retreating waves will carry away the disease and the fever.

To make your skin beautiful wash your face with May dew on May morning (May Day) at sunrise.

For freckles anoint the face with the blood of a bull or a hare.

The Braon Bróghach or Bitter Drop. This was the first two cupfuls of poitín which came from the still after the brewing process was completed. It was very bitter but was invaluable as a liniment that was rubbed into painful, swollen joints. It was a tradition to spill a little onto the ground as an offering to the faeries. The remainder of those first two cups was put on one side to be used as and when required.

Carrying a piece of raw potato in the pocket relieves rheumatism.

A copper bracelet worn on the wrist is good for the relief of rheumatism.

A strip of red flannel known as a Swanskin was wrapped around the joints affected with rheumatism and around the body for backache, it is still used today in rural areas, the cure is said to be in the dye.

A badly burned or scalded child was plunged into the churn of buttermilk and of course there was always the dog’s lick, which had great curative powers.

Scalds were cured using a rotten stick. Dry the stick, break it into very fine pieces with a hammer, wrap a cloth around the pieces and apply to the scald.

Scalds were treated with the first snow of the year. The snow water was melted and kept.

Apply pieces of Cobweb to a cut to stem the bleeding.

A cure for a burn involved cutting a raw potato in two and then rubbing one half on the burn.

A cure for a burn. Put bread soda and lamp oil on it and it will cure the burn.

A cure for a burn. Country butter and egg yolk made into a paste and applied.

An old cure for toothache is a horseshoe nail. Prod the nail into the tooth and afterwards stick the nail into a wall and as long as the nail remains in the wall you will never have another toothache.

Sore throat. Put a sock of bran on it.

If two people get married and they both have the same surname PRIOR to getting married, then when the woman makes bread, a piece of this bread will cure whooping cough.

Hiccups-Tickle the palm of your hand or get someone to frighten you or swallow a lump of sugar. All said to cure hiccups.

Nose bleeds. Put a cold piece of metal on the back of your neck and it will cure the nosebleed.

Concussion. Put a frog down the back of your neck and that will cure it.

Headache. Vinegar and brown paper on your forehead will cure it (remember the nursery rhyme, Jack and Jill).

If a dog has the fits get castor oil and a few pennies, file the dust of the copper into the castor oil and make him drink it. This will cure the fit.

If you sleep in a graveyard for three nights then you will never have bad teeth.

If you had a corn on your foot put tar to it and this will cure it.

If you cut yourself, rub salt into it and this will cure it.

If you have a wart on your hand then rub it with water from the blacksmiths forge and this will cure it (ask the blacksmith for permission first).

Mix a little poitin with boiled milk and drink it down, It is said to be good for chest colds.

A large spoon of liquid paraffin will cure constipation.

Tuberculosis. Drink a cupful of linseed oil each day.

The Blacksmith and the Carpenter have a tradition of not setting horse shoes or handling nails on a Good Friday in respect for how they were used on that day.

Have a heart of gold but never a silver tongue.

To touch wood for luck/to knock on wood. The custom is thought to originate from Pagan times when trees were held in high esteem. People believed that 'wood spirits' inhabited the trees and woodlands. To touch a tree with respect is thought to indicate that the person was in search of protection from the particular wood spirit. There is, I’m told, an old Irish belief that you should knock on wood to let the little people know that you are thanking them for a bit of good luck. There’s also a belief that the knocking sound prevents the Devil from hearing your unwise comments.

The juice of deadly night-shade distilled, and given in a drink, will make the person who drinks believe whatever you will to tell him, and choose him to-believe.

The touch from the hand of a seventh son cures the bite of a mad dog.

The hand of a dead man was a powerful incantation, but it was chiefly used by women,
the most eminent fairy women always collected the mystic herbs for charms and cures by the light of a candle held by a dead man's hand at midnight or by the full moon.

When a family has been carried off by fever, the house where they died may be again inhabited with safety if a certain number of sheep are driven in to sleep there for three nights.

An iron ring worn on the fourth finger was considered effective against rheumatism by the Irish peasantry from ancient times.

If pursued at night by an evil spirit, or the ghost of one dead, and you hear footsteps behind you. Try and reach a stream of running water, for if you can cross it, no devil or ghost will be able to follow you.

Do not put out a light while people are at supper, or there will be one less at the table before the year is out.

It is unlucky to meet a cat, a dog, or a woman, when going out first in the morning; but unlucky above all is it to meet a woman with red hair the first thing in the morning when going on a journey, for her presence brings ill-luck and certain evil.

The cuttings of your hair should not be thrown where birds can find them; for they will take them to build their nests, and then you will have headaches all the year after.

If three drops of water are given to an infant before it is baptised, it will answer the first three questions put to it.

If one desires to know if a sick person will recover, take nine smooth stones from the,running water; fling them over the right shoulder, then lay them in a turf fire to remain untouched for one night. If the disease is to end fatally the stones in the morning will emit a clear sound like a bell when struck together.

A whitethorn stick is a very unlucky companion on a journey; but a hazel switch brings good luck and has power over the devil.

A hen that crows is very unlucky and should be killed; very often the hen is stoned, for it is believed that she is bewitched by the fairies.

When taking possession of a new house, everyone should bring in some present, however trifling, but nothing should be taken away, and a prayer should be said in each corner of your bedroom, and some article of your clothing be deposited there at the same time.

I shall be writing more on superstitions in later posts. With some of these superstitions there is an element of truth and we shall look at that also.
Posted by SilentOwl at 10:27 AM