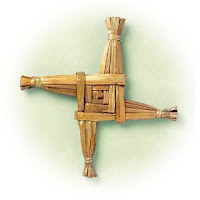 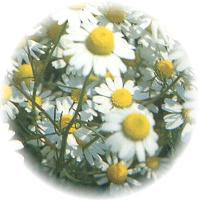 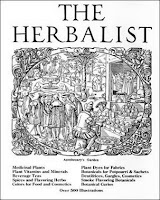 Dandelions were cultivated at a Cistercian monastery in County Tipperary. Elders still claim that wherever Comfrey & Nettles grow together a monastery was sure to have existed on the site. Since comfrey is the cure for stinging nettles!
In many cemeteries you will often find self heal along the gravesides.

Prior to the 19th century the people relied on local healers, the old 'bean na luibheanna' and fairy doctors. There were few qualified doctors in rural Ireland. The two cultures lived side by side - the educated and those who believed in the underworld of the fairies, superstition and magic. The fairy doctors were said to have the cure for ailments caused by the fairies. For example, Fairy Dart was a severe attack of Rheumatism, which was treated with herbs such as Nettles, Willow Bark or Meadowsweet. These herbs contain salicin, an ingredient found in Aspirin.

The three most popular herbs used were Vervain, Eyebright and Yarrow, depending on the nature of the complaint. Vervain was once held sacred and gathered at special times of the day, on the rise of the Dog Star, when neither the sun nor moon was shining. Today Vervain is effective for treating liver conditions, gallstones and a relaxant in nervous conditions.

There was a fairyman in Coolcullen, County Kilkenny who had the ability to cure mastitis in cows. He made up an ointment of herbs, including wild garlic and butter for rubbing on the udder. The owner of the sick cow then went home without muttering a word to anyone. If he did, the remedy would not work and the spell is broken.

In rural Ireland for centuries folks chewed Feverfew leaves in a sandwich to prevent blisters, or just sniffing the scent of the plant. We now understand that Feverfew is an herbal remedy for Migraines and Arthritis.

One of the earliest Irish records of herbs used was on the battlefield of 3000 years BCE after the battle of Magh Tura, Co. Mayo, between the Firbolgs and invading Tuatha De Danaan, baths of herbs were prepared into which the wounded were plunged. The De Danaan also had a great physician named Dianacht, who recommended a porridge consisting of Hazel buds, Dandelion, Chickweed and Wood Sorrel boiled together with meal. This was used for the relief of colds, phlegm, throat troubles and worms up until the last century.

Early Irish physicians based their traditions and knowledge, not only on Galen & Hippocrates, but also on Dianacht. During and after the Battle of Clontarf (1014), soldiers returning from battlefields stuffed their wounds with Sphagnum Moss. Sphagnum Moss was used by roman soldiers as a field dressing and it was the responsibility of their centurion to make sure this was done.

Wild Garlic had its place in Irish Herb Lore and was used for coughs, asthma & shortness of breath. On the farms it was used for black leg in cattle. Farmers made an incision in the animal's neck and popped in a clove of garlic sealing it by typing the hairs from the skin together, thus the first sutures before Vets were available.

Hoarhound grows abundantly in ditches and was prepared in a strong brew used to bring on menstruation. The leaves of fresh Marshmallow were boiled and placed in dressings for sprains and swellings. Comfrey Root was commonly used after it was carefully dug up so as not to disturb the skin, grated and spread out on a clean cloth and applied over a broken bone, wound or bad bruise. It set up like plaster and was left there until it fell off.
Posted by SilentOwl at 4:19 PM