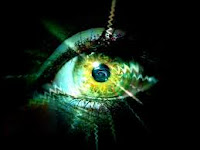 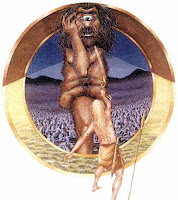 He became known as 'Balor of the Evil Eye' after spying on druids preparing a draught of wisdom; some of the potion splashed on to his eye, which made his stare baleful to all those he looked upon. He kept his evil eye closed when not in battle, and his lid was so heavy that he needed four attendants to lift it.

According to some prophesies Balor would be killed by his own grandson. He locked his daughter Ethlinn in a crystal tower, to prevent her from getting pregnant. With the help of the druidess Birog, Cian of the Tuatha Dé Danann, managed to enter the tower and slept with Ethlinn. She gave birth to a son, but when Balor learned of his existence he threw him in the ocean.

Birog saved the boy and gave him to the sea god Manannan mac Lir, where he was raised. The boy, named Lugh Lamhfada (Lugh of the Long Arm), became a member of the Tuatha Dé Danann and led them in the second battle at Mag Tuireadh.

In this second and final battle, Balor killed King Nuada of the Tuatha Dé Danann with a glance from his eye. However, when he opened his eye to kill his grandson Lugh, Lugh managed to smash out Balor's eye with a sling and Balor fell dead to the ground.

Sounds a little like the story of David and Goliath.
Posted by SilentOwl at 1:33 PM