Folklore of the hedgerow. Part One. 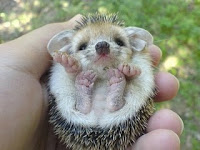 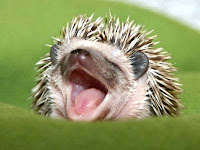 I'm going to leave the vernacular cottage for a while and I thought that the folklore of our hedgerow may prove of interest. I will begin with "The little ugly thing" or as he is known "The Hedgehog".

Folklore of the hedgehog.

However it is not a native Irish mammal having been introduced round the 13th century by the Normans.

There are many stories concerning the hedgehog. In the first century, Pliny the Elder, in his Historia Naturalis, told a story about how the hedgehog would climb apple trees, knock the fruit off, and then roll on the apples impaling them on its spikes and carrying them down to their burrows. Now not only do hedgehogs not climb trees but they don’t store food in their burrows either. Although it didn’t stop some people trying to prove he was right (they never succeeded).

In ancient Rome, the hedgehog was used to forecast spring. If during hibernation it looked out of its burrow (around the start of February) and saw its own shadow then it meant that there was a clear moon and this was believed to herald six more weeks of winter and so it would return to its sleep.

In medieval Britain, farmers believed that hedgehogs stole milk from cows by sucking on them at night, they were even said to be witches in disguise. In 1566, the Elizabethan parliament put a three pence bounty on the head of every hedgehog that was caught and killed. Even the church got involved offering bounties of their own.

Hedgehogs certainly enjoy milk and some vets have reported damage to cow’s udders which may have been caused by a hedgehog’s distinctive teeth marks so it would appear that the odd hedgehog has had a nibble. Thousands were slaughtered as a result.

The poor auld hedgehog's were then accused of being egg thieves, now while it’s true that they will eat the odd egg; most of these have already been cracked or damaged. It has been suggested that hedgehogs would actually find it difficult to break open an egg as they don’t have the physical capability. However, thousands more were hunted down and killed as a result of this, a practice which is still carried on today.

The hedgehog has even been considered a food by some people. The common method of cooking is to roll them in clay (spines and all) you then bake it in a fire, once cooked remove the hardened clay taking the spines with it. I know it sounds disgusting but at one time it was believed that eating hedgehogs would cure the sick of a variety of ailments including leprosy, boils and even poor vision. It has been suggested that certain gypsies will still eat hedgehogs as a cure for poisoning and removing evil spells but I cannot swear to this.

In the past folklore says that hedgehog’s could predict a change in the weather (the Roman’s knew this), they were said to alter the entrance to their burrow accordingly. The hedgehog was also worshipped by some cultures; some thought that a figure representing Mother Earth would take the form of a hedgehog. In particular, they were associated with the Babylonian Goddess Ishtar (also known by her Greek name Asorte) who was the Goddess of love and war.

To the ancient Egyptians, the hedgehog symbolised reincarnation because they were said to have interpreted the hedgehog’s hibernation cycle as if it was dying in autumn and then being reborn in the spring.

Next I will talk of some of the trees that grow in an Irish hedgerow.
Posted by SilentOwl at 1:42 PM