The Folklore of the Hedgerow. Part Five. 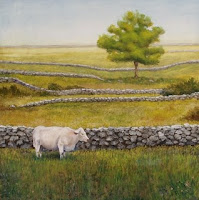 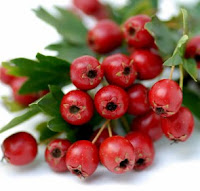 The Folklore of The Hedgerow. Part Five.

Folklore of the Hawthorn.

Classified in early Irish law as an Aithig fedo or Commoner of the Wood.
The Hawthorn is known by a variety of different names, The May Tree, The Beltaine Tree, The May Blossom, The Whitethorn, The Quick etc. In Irish it is Sceach Gael but we also know it as the Faerie Tree for it is said to guard the entrance to the faerie realm and it is still considered bad luck to harm one. You may however collect sprigs of flowers during the month of May to place in and around the home to banish evil spirits or misfortune (always ask the guardians of the tree first).

There are many superstitions surrounding the Hawthorn and here are just a few of them:

During birth if a calf is born prematurely hanging its afterbirth on a Hawthorn tree was said to magically protect it and give it quick growth (one of the other names given to the Hawthorn is Quickset as it will take very easily as a cutting) This could be magic by association?

The Hawthorn has long been associated with fertility and at Beltaine (May 1st) young women would take a sprig of blossom and keep it close as a way of attracting a husband.

On the morning of Beltaine (dawn), men and women would bathe in the morning dew of the Hawthorn blossom to increase wealth, health, luck, good fortune, and beauty. Women would become more beautiful and men by washing their hands in the dew would become skilled craftsmen. Today it is still practiced and it is one of the woods used in the Hand fastening ritual as it will ensure a lasting relationship.

The Hawthorn is also known as a tree of protection and for this reason it will be found growing near a house. It will offer protection from storm and lightning.

On Beltaine it is the custom here in Ireland to hang strips of cloth or ribbons on a Hawthorn (especially if it grows near a well) in order to make a wish (the wishing tree of legend). This is also done to ask for Brigid’s blessing on the cloth as these will then be used in healing (I hang crepe bandages on ours). It is also the custom to hang strips of coloured cloth from the branches, blue for health, red or pink for love, green or gold for prosperity etc. These will then be used as bindings in the hand fastening.

You may also use discarded pieces of wood in order to make wands or ritual tools but NEVER cut the wood from the tree. If you look in winter you will ALWAYS find pieces of windblown wood.

It has an immense amount of folklore attached to it in Ireland. The young leaves and flower buds are used as both a food – eaten in spring salads, and as a medicine.

Medicinally, an infusion is prepared which has been shown to be valuable in improving the heartbeat rate and strength, especially in heart failure, and in balancing the blood pressure; it also helps with irregular heart beats and improves the peripheral circulation, helping with conditions such as Reynaud's and with poor memory since it improves the circulation to the brain. The bioflavonoids relax and dilate the arteries and blood vessels thereby relieving angina. The bioflavonoids and proanthocyanins are also valuable antioxidants which help repair and prevent tissue damage, especially in the blood vessels. Hawthorn also helps to relieve anxiety and is traditionally thought to mend broken hearts, both emotionally and physically.

The berries are gathered in the autumn and have similar medicinal properties – they can be used fresh or dried in a decoction or infused in brandy to make a heart tonic for the winter months. For culinary use the berries are traditionally gathered after the first frost which converts some of the starches to sugars and makes the berries more palatable. Berries are used as an ingredient in hedgerow wine, or to make haw jelly as an accompaniment to wild game. The berries can also be mashed, removing the skin and seeds, and used to make a fruit leather as a way of storing them.

Thomas the Rhymer, the famous thirteenth century Scottish mystic and poet, once met the Fairy Queen by a hawthorn bush from which a cuckoo was calling. She led him into the Fairy Underworld for a brief sojourn, but upon re-emerging into the world of mortals he found he had been absent for seven years. Themes of people being waylaid by the fairy folk to places where time passes differently are common in Celtic mythology, and the hawthorn was one of, if not the, most likely tree to be inhabited or protected by the Gentry. In Ireland most of the isolated trees, or so called 'lone bushes', found in the landscape and said to be inhabited by fairy’s, were hawthorn trees. Such trees could not be cut down or damaged in any way without incurring the often fatal wrath of their supernatural guardians.

The Fairy Queen by her hawthorn can also be seen as a representation of an earlier pre-Christian archetype, reminding us of a Goddess-centred worship, practised by priestesses in sacred groves of hawthorn, planted in the round. The site of Westminster Abbey was once called Thorney Island after the sacred stand of thorn trees there.

Hawthorn is at its most prominent in the landscape when it blossoms during the month of May, and probably the most popular of its many vernacular names is the May-tree. As such, it is the only plant which is named after the month in which it blooms. It has many associations with May Day festivities. Though the tree now flowers around the middle of the month, it flowered much nearer the beginning of the month, before the introduction of the Gregorian calendar in 1752.

The blossoms were used for garlands, and large leafy branches were cut, set in the ground outside houses as so-called May bushes and decorated with local wildflowers. Using the blossoms for decorations outside was allowed, but there was a very strong taboo against bringing hawthorn into the house. In the early 1980s the Folklore Society's survey of 'unlucky' plants revealed that 23% of the items referred to hawthorn, more than twice as many instances as the second most unlucky plant. Across Ireland there was the belief that bringing hawthorn blossom into the house would be followed by illness and death, and there were many instances of hapless children being scolded by adults for innocently decorating the home.

It has also been suggested that some of the hawthorn (Crataegus monogyna) folklore may have originated for the related woodland hawthorn (Crataegus laevigata) which may well have been commoner during the early Middle Ages, when a lot of plant folklore was evolving. Woodland hawthorn blossom gives off much more of an unpleasant scent of death soon after it is cut, and it also blooms slightly earlier than hawthorn, so that its blossoms would have been more reliably available for Beltaine celebrations.

It was normal to decorate a hawthorn at this time with flowers, ribbons and bright scraps of cloth and sometimes candles or rushlights were attached to the tree and lit on the eve of Beltaine. In some areas of Ireland small gifts of food and drink would be left under the tree for the fairy’s.

The hawthorn has many uses, the young leaves can be eaten and were commonly referred to as bread and cheese, the blossom and berries were made into wines and jellies, and decoctions of the flowers and leaves were used to stabilise blood pressure. The strong, close-grained wood was used for carving, and for making tool handles and other small household items. Probably its greatest practical use to people has been as hedging.

In common with other ‘unlucky’ trees it was widely believed that whitethorn was the tree upon which Christ was crucified, and Christ’s thorns were also supposed to be made of whitethorn.

In Ireland it was believed that if one of your neighbours used a whitethorn (hawthorn) stick to herd cattle then he was up to no good. An old Irish custom was that the first milk of a newly calved cow should be taken and poured under a fairy tree as a tribute to the fairy’s. It was also planted around the house and sheds to keep away witches.

All in all, a very interesting tree.

Top image = The Faerie Tree by an American artist called Bernie Rosage junior.
Posted by SilentOwl at 11:28 AM