Folklore of The Hedgerow. Part Seven. 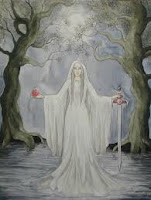 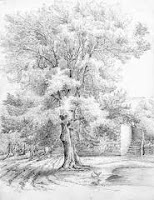 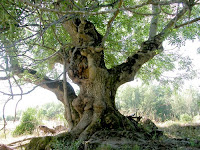 Folklore of the Hedgerow. Part Seven.

Folklore of the Ash. Fuinseóg.

In early Irish law the ash was classified as Airig fédo or Nobles of the Wood.

The fascination of the Ash tree traces its roots to the ancient times. The druids believed that ash had the ability to direct and blend the masculine and feminine energy. Some Druids use a branch of the ash to make their staff. The staff then acts as a connection between the realms of the earth and the sky. In folklore ash was referred to as a home for fairies. A staff of ash is hung over door frames for protection as it will ward off evil influences. Ash leaves can be scattered in the four directions to protect the house against witches and psychic attacks. Despite its role in protecting against witches, the ash is also used by them. The ash is their favourite tree for making ritual dolls into which they stick pins.

Many superstitions surround the ash tree; it is believed that the ash tree will be the first tree to be hit by lightening. The ash is an important woodland and hedgerow tree in Ireland. Ash along with the Oak is one of the last trees to come into leaf and according to folklore, the one that comes into leaf first, gives us an indication as to what the weather will be like for the summer:

“Ash before the Oak, you can expect a soak, but Oak before the Ash, expect a little splash”

It is part of the triad of fairy trees. In folklore it is believed that fairy’s could be seen by mortals wherever oak, ash and hawthorn trees grew together. If you place ash berries in a cradle, it protects the baby from being taken by the fairies.

Sailors believe that if they carve a piece of ash wood into the shape of a solar cross and carry it with them then they will be protected from drowning.

If you carry a few ash leaves they will act as health charms and it was even believed that to gain the love of the opposite sex, you should carry some loose leaves in your pocket.

Another belief was that burning ash wood at Yule would bring you prosperity (the Yule log).

However, given duality in all things not all the ash tree merits are good. The ash tree was believed to have a particular affinity with lightning. So according to legend, standing under an ash tree during an electrical storm would be even more dangerous.

Numerous uses of the ash tree for medicinal purposes are known. The bark, being very astringent can act as anti-periodic. Ash is also a recognized remedy for flatulence. Ash treatment can also help alleviate rheumatoid arthritis, and it may also help restore order to the liver and spleen. Ash leaves are acclaimed for their laxative property and are used in herbal medicine for dropsy and obesity, it is also considered to be able to cure jaundice and dissolve stones.

It is believed that the leaf of the ash can be used to remove skin disorders such as warts or boils. It was said that if you carried a needle for three days and then drive it into the bark of an ash tree then the skin disorder (wart) would disappear from the person only to reappear as a knob or small growth (wart) on the tree, an example of transference. The ash is often found growing near sacred wells and it has been suggested that there is a connection between the tree and the healing waters of the well (possibly iron contain in the roots and leeched into the well). The tree itself can sometimes supply the water. One such tree in Sligo has a hollow in it like a bowl, the water that gathers in this is well known for its healing properties. This could be a good example of a Bile tree (a sacred tree).

Folk uses of the ash involve some clear examples of the transference of disease. One custom, made famous by Gilbert White in the eighteenth century, was to make a so-called shrew-ash, by imprisoning a live shrew in a hole bored in an ash tree. This tree then maintained its medicinal virtue for its lifetime. Such trees were used as "cures" for a variety of ailments, including whooping cough and paralysis.

A hernia in children was thought to be curable by splitting open a growing ash sapling and passing the child through the opening. The tree was then bound up, and as it healed, so would the child. Ash sap was used to treat earache and another use was as an aid to weight reduction, for this purpose, the dried leaves were used as a tea.

As well as making hurleys and spears, ash had a wide variety of uses including building, making fences, furniture and boat building. The bark of the ash could be used for tanning and the dried leaves were sometimes used as fodder for livestock.
Posted by SilentOwl at 11:30 AM