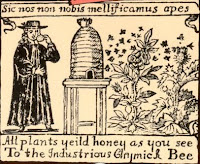 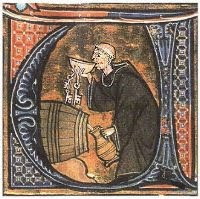 The term honeymoon is packed with symbolism. The mead, or honey wine, is sweet and symbolizes the particular sweetness of the first month of marriage. It is a time free of the stresses and tensions everyday life puts on the relationship as time goes on. The moon symbolizes the phases or cycles of the couple’s relationship as it waxes and wanes from full moon to full moon. Like the moon, the couple’s relationship would have its brighter moments and its darker ones. Being tied in with the moon cycle, the one-month period of time was considered associated with the woman's menstrual cycle, and thus, fertility.

The term honeymoon did not evolve from a term of endearment or the description of an event. It literally depicted a period of time during which a particular marital convention was followed, specifically what the bride and groom did for one full moon after their wedding. Were it not for some Irish monks in the Middle Ages, who originally produced mead (honeywine) for medicinal purposes, none of us would refer to the post matrimonial period as a “honeymoon”. According to Irish tradition, at the end of breakfast/banquet the bride and groom, each with a glass of mead recite a toast:

Friends and relatives so fond and dear
Tis our greatest pleasure to have you here
When many years this day has passed
Fondest memories will always last
So we drink a cup of mead
And ask for a blessing in your hour of need.

The family and guests at the wedding party raise their glasses and respond:

On this you’re special day, our wish to you
The goodness of the old, the best of the new
Gods/goddess bless you both who drink this mead
May it always fill your every need?

Ever since the fame of the Irish monks brew spread throughout medieval Ireland, it was believed that mead was essential for sending off the bride and groom after the wedding. It was used as both a final toast and a proper beginning of the marriage. Following the wedding, the bride and groom were provided with enough mead to toast each other after their wedding, and hence the term "honeymoon."

This delicate, yet potent drink was not only considered the best way to start a new marriage, it was also believed to enhance such valued qualities as fertility and virility. On numerous occasions the groom, laced with generous amounts of mead, was carried by his friends to the bedside of his bride. If nine months later, a bouncing baby appeared, credit was given to the mead.

Mead's influence was so great that the halls of Tara, where the high kings of Ireland ruled, were called the House of the Mead Circle. In Celtic mythology, a river of mead flows through paradise.

It became the chief drink of the Irish, and was often referred to in Gaelic poetry. Its fame quickly spread and soon a medieval banquet was not complete without it.

Stories making reference to mead have been found as early as the 5th century and it was in wide use by the Middle Ages. So it seems that the "honeymoon" tradition may be even older than our contemporary wedding.

Speaking for myself I feel that a glass of mead can be enjoyed after every ritual or ceremony, be it a Handfasting, a naming ceremony of giving thanks to the gods/goddess after ritual

Good health and a long life to you and yours. Cheers.
Dea-shláinte agus fad saoil agat agus leatsa. Bheag.
Posted by SilentOwl at 9:18 AM