Oweynagat The Cave of The Cats, Part Two. 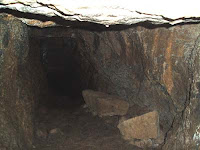 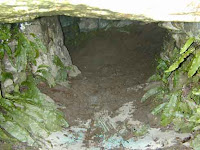 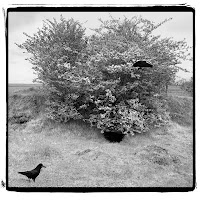 Cave of Cruachan, Cave of the Cats Irish mythological site.

As stated in the previous post Oweynagat is In Co. Roscommon, which is in Ireland’s western province of Connacht. It is a tiny cave of huge mythic importance. Part of the great archaeological complex of Cruachan, the ancient capital of the province of Connacht centred on the fort of its goddess-queen Medb. Still visible and accessible in a small field on the edge of the complex, 700 meters southwest of the great mound where Medb’s palace was said to stand, the cave’s opening is quite small, some three feet high by four feet wide that opens up into a souterrain or underground passage.

Oweynagat figures prominently in ancient Irish myth and legend. It was the birthplace of Medb herself. The goddess and fairy queen Étain, fleeing with her fairy lover Midir from her human husband, stopped at Oweynagat with her companions, who included her maidservant Crochan Crogderg, whose name means “blood-red cup.” Midir was said to have wanted to visit a relative who lived in the cave, the otherwise unknown Sinech (“large-breasted one”), for whom he had great affection. At the end of their stay, Crochan was so enamoured of the place—which although it seems only a dingy cave, is a great palace in the Otherworld—that she begged to stay. Étain and Midir gave her the cave, and so it was there that Crochan’s daughter Medb was born.

Oweynagat also appears in the adventure tale about one of her servants, a man named Nera who saved Cruachan from an attack by Otherworldly forces with the assistance of a fairy woman whom he met in the cave and married. She warned him that Medb’s beautiful palace would be burned to the ground the following Samhain, a warning that brought the forces of Medb and Ailill Mac Máta into the cave to eliminate the danger. As with other tales, this one associates the cave with the feast of Samhain.

The cave is also associated with the great figure that shadows Medb throughout the epic through which she is most known, the Táin Bó Cuailnge or cattle raid on Cuailnge—the Mórrígan, who drove her Otherworldly cattle into the cave each sunset. She may be the one who flew out of the cave, called “the hell-mouth of Ireland” in medieval documents, for apparitions were said to appear there, especially on the magical Celtic festival of Samhain (November 1) when the veils between the worlds were thin and even those without second sight could see beyond this world and into the next.

The Mórrígan was known to have stolen the herds of a girl named Odras and to have driven them down into the cave of Oweynagat. Undeterred by Mórrígan’s fierce reputation, Odras pursued her, trying to regain the cattle upon which she relied. She got almost to Mórrígan’s domain, but the great queen was more powerful than the girl and turned her into a lake.

Oweynagat is much more commonly associated with cattle than with cats; not only does the Mórrígan drive her cattle through the cave, but a woman was said to have travelled underground for many miles, dragged there by a calf to whose tail she clung.

Within the cave, the great cauldron of abundance was said to reside. It was once kept at Tara but later returned to the Otherworld.

The cave is still accessible, although its frighteningly tiny entry makes it one of the least-visited of Ireland’s great mythological sites.

I hope you find this follow up to be of some interest. Oweynagat is not as high profile as Tara and yet in many ways is as important if not more so.
Posted by SilentOwl at 3:08 PM