Oweynagat. The Cave of The Cats. Part One. 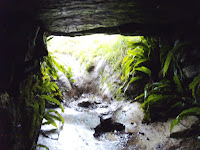 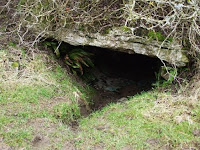 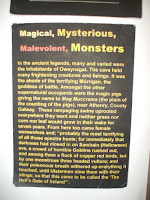 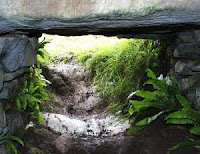 Located within the Rathcroghan complex, Roscommon, which is the royal site of the great kings of Connaught (Connacht) and sacred centre of the Goddess/Queen Medb (Maeve).

(Pronounced Oen-na-gat), also known as Cave of the Cats (from a legend where a Great female Warrior killed a Monster Cat that dwelled in the cave). This is believed to be the entrance to the Otherworld and home of the Morrigan, where it is believed she arose at the beginning of the wars related in the story of the Taín.

When she emerges from Oweynagat, the Morrigan is the earth spirit aspect of Medb and as the fearsome ‘War Trio’, she becomes the Morrigan or Morrigu. The name is generally taken to mean “Great Queen”. She is generally accepted as a Triple Goddess, but there are disagreements about how specifically this works. The most common ‘threesomes’ are Aná (pronounced Anya), Badb (pronounced Bave) and Macha as well as Badb, Macha and Nemain. Her triple form has also been referred to as Morrigan, Badb and Macha.

Inside the cave are two ogham stones which translate to mean ‘the pillar of Fraech son of Madb’. Here it is believed that the spirits emerge at Samhain to mingle with the human world. It is of huge mythical importance, the opening to the cave is quite small, roughly three feet high by four feet wide and this opening leads to a souterrain or underground passage. Once through the opening the cave opens up to a large space.

How it became to be called ‘The cave of the cat’s’ is unknown, no cats appear in its folklore or myth. There was a cave in Connaught (Connacht) where a cat was consulted by fortune-tellers but its location was never given in the old texts. Was this Oweynagat, who knows?

The name Oweynagat may come from the magical wildcats featured in "Bricriu's Feast" that emerge from the cave to attack the three Ulster warriors before being tamed by Cúchulainn. The name could also refer to the king of the cats, Irusan, who features in Irish fairy tales and was believed to live in a cave near Clonmacnoise but is associated with many places.

The Christian monk’s called this cave ‘The gateway to hell’ as they were supposed to believe that devils and spirits dwelt there.

It's quite possible that feral cats lived in the cave and may have attacked anyone who tried to enter. You have to bend down to get into the entrance so you would be offering your face to any angry set of teeth and claws from screaming cats so it would be easy to understand any superstitious stories that may have been told at the time.

The whole area is well worth a visit. The Heritage Centre has a detailed history of the area, a well equipped shop, and a lovely little cafe where even though they use tea-bags they still warm the pot. They also have a well designed website which you will find at www.rathcroghan.ie
Posted by SilentOwl at 6:33 AM