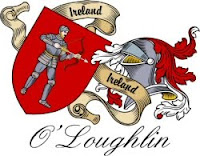 FAMILY - the extended family ('fine' or 'clann') was the basic social unit, consisting of several generations of descendants from one ancestor. When several families settled in a particular territory they formed a 'tuath', ruled over by a chieftain or a petty king. There were some 150 tuatha, or kingdoms, in ancient Ireland.

The family group, or Clann, formed the very foundation of Brehon law. Each Clann group was responsible for the actions of each of its members. Yet it went beyond this, because responsibility aside, one never turned their back on family or another member of the family. Family stuck beside one another regardless of differences. The only exception to this was when the family name had been dishonoured. For a family to turn its back on one of its own required much more than the petty disagreements which bust families apart in the modern era.

Kinship and lineage provided a real tangible link to the area where one lived. Kinship insured rights to build a home on and use in other ways the land of the Clann. Belonging to a family also insured inheritance, legal protection, the right to follow a particular craft as well as many other benefits.

The family unit played an important role in the education of the young. It provided a stable setting for the transmission of cultural knowledge. In the Gaelic oral tradition, grandparents, aunts and uncles, parents and foster parents passed on their knowledge, whether it was a story a song or a skill. The family also once functioned as an integrated economic unit in which all its members engaged in various work tasks according to age, experience and aptitude.

Within the Gaelic home, not all children remained with their parents. It was quite common to find that children had been sent to be educated in a trade and also reared in the home of another family. In Ireland fosterage was still an active custom as late as the eighteenth century. The special circumstances of the fosterage relationship allowed for very tight bonds to be established between families. In the modern Gaelic tribe we still foster, but the norm is only for some period within the summer holiday’s from school.

Unfortunately in modern Ireland the strength of a close family and the role of the individual within the family are losing its importance. The support structure that was offered by the clann is now no longer the norm. The older members are now placed in homes because people are too busy holding down one or two jobs each in order to finance their consumer lifestyle. Less able members of the clann are now looked upon as non- productive units and academic achievement is sacrosanct.

If I was to draw a graph of the rise in depression and suicide, of homelessness and despair and overlay it onto a graph showing the rise in disposable income and the increase in a materialistic society would there be a close parallel? In the days of the close knit tribe/clann every member had a job to do, whether it was tending the fire, looking after the children or hunting. When a person did not do that job it was noticed and commented on. You looked after each other because each person had an importance within the group.

We could all learn something from that today. Society is made up of a collection of family groups, clans and individuals and is only as strong as its weakest link. When we start considering a person as either a productive or non-productive unit we lose what it means to be civilised.
Posted by SilentOwl at 12:34 PM