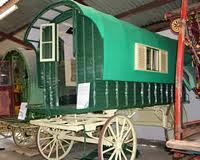 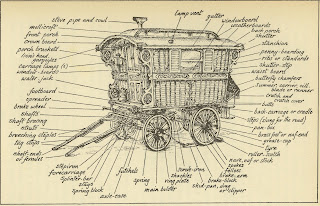 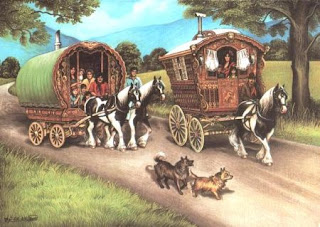 
The name "Travellers" refers to a roaming Irish ethnic group. Irish Travellers are a group of people with a separate identity, culture and history, although they are as fully Irish as the rest of us. They have their own language known as ‘cant’ or ‘gammon’ and academics sometimes refer to it as ‘shelta’ and travellers will use this language to speak to each other. Irish travellers are native to Ireland and have been part of Irish society for hundreds of years and while their history is largely unrecorded they are recorded before the 12th century.

Occupations within the travellers traditionally include tinsmithing, seasonal farm work, selling door-to-door and scrap metal recycling. Some of these jobs are becoming rarer within the community such as tinsmithing and many travellers today have diversified into other areas such as market trading and antique dealing. Some travellers have their own business such as shops and garages and others are employed in community enterprises, voluntary organisations and training centres. However, just as in the settled community there are some travellers who are unskilled and dependent on social welfare in order to survive.

As stated earlier, there is not a great deal of historical research on the Traveller way of life although there are references to various nomadic groups dating back to the 12th and even the 5th century. Travellers were craftsmen, entertainers, message carriers, horse traders, and provided a variety of skills. They were involved in specific economic activity throughout history that can be associated with a nomadic way of life. As industrialisation brought new methods of communication and cheap plastic, Travellers as with other groups in Ireland began to experience a change in their role in Irish society and had to adapt their lifestyle to accommodate these changes. Under many pressures to adopt a sedentary or settled lifestyle Travellers have resisted and have proved their ability to survive and maintain their cultural identity. This identity has a number of common features, history and experiences; it has an oral tradition, and value system that sets it apart from the settled community. Travellers also have a history of having to protect that identity from the attempts made to assimilate them into the majority population.

Travellers have been largely ignored in the literature of the “Great Tradition”. Not all families originated at the same time or in the same way. Some Traveller families date back centuries while others have adopted a travelling lifestyle in relatively recent times. “Tinker” and “Tynkere” first appear as trade surnames during the 12th century. This word comes from the word “Tinceard” which means tincraft and it suggests that at this time there was clearly a group of Travelling crafts people who made and mended pots and pans and who played an important role in Irish history. The itinerant tinsmith or “white-smith” as well as tanners, musicians, bards and artisans travelled throughout Ireland fashioning jewellery, weapons and horse trappings out of bronze, silver and gold in exchange for food and lodging. Today, Travellers are characterized by a growing solidarity and Political activism based on their own increased sense of ethnic or group identification as Travelling People.

In order to preserve their unique identity, Travellers operate within a type of social separation Interaction between Travellers and other Irish people is typically limited to economic exchanges and brief instrumental encounters with bureaucrats or institutional representatives such as the police, welfare, and hospital personnel. Practices of some Travellers (e.g., keeping unsightly campsites, drinking in public, aggressive selling tactics) reinforce social distance between members of the two groups. However, prejudice and discrimination have played a larger role in segregating the two communities. Government proposals to build official campsites for Travellers are invariably rejected by the local Community. Most people avoid any interaction with Travellers; very few would consider marrying a Traveller. Since the mid-1960s, the Irish government has attempted to solve what it labeled "the itinerant problem," that is, the existence of Traveller families living on the roadside in tents and wagons without basic amenities such as running water, toilets, and electric lights. The solution was believed to lie in settlement, in placing families on serviced government campsites and in houses from which they could send their children to school, get wage-labour jobs, and learn to live a settled life. Assimilation was the goal. Since then, however, Travellers have become more vocal and politicized. Political action groups have been organized in some cities. Travellers now consider themselves to be an ethnic group with the rights to maintain their own identity and life-style while enjoying the privileges of other citizens.

Travellers used to travel in horse drawn wagons that were called barrel top or vardo wagons and before that with donkeys and tents. Now most Travellers have trailers ( caravans) and motor vehicles if they are still on the road. Traditionally Travellers burned the wagon that the person died in. In modern times many may not wish to continue to live in the trailer, the home that some nomadic families now live in, if a person dies there.

Many Travellers now live on sites, both council and private, some have moved into houses and many still have nowhere to camp and live on unauthorised sites constantly being moved on. Travellers have a common ancestry and one is born a Traveller. Their contribution to music and story-telling has been of great importance to these traditions. Travellers were the link between isolated communities in a rural society. They carried the music, stories and news from village to village. They also kept these traditions alive during the oppression of the British, who tried to destroy Irish Culture. Travellers were more difficult to restrict as they were moving from place to place. They have been subject to oppression and discrimination and have often hidden their identity to avoid discrimination, especially if they have moved into housing. Travellers have the same rights as the majority population and now have protection under the Race Relations Act in Ireland as a recognised ethnic minority community.

Bottom image: A Bow top caravan and a Vardo caravan.
Posted by SilentOwl at 4:45 PM