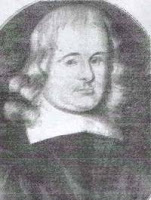 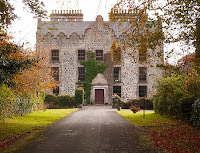 During the seventeenth and eighteenth centuries there was a steady flow of Scots Presbyterians to the north of Ireland. Many of those who came were weavers and spinners and it was they who founded the basis of the linen industry upon which Ulster was later to depend for its development. With them, they also brought their religious beliefs and their ministers. This has a bearing on one of the most famous of the Ulster witches, who came from the nearby village of Galgorm: Dr. Alexander Colville.

The Reverend Alexander Colville was High Anglican (Church of England) and to the Presbyterians this was as good as being a Catholic. He was hated and detested in the countryside round about. Little is known regarding his actual history but his name has become a legend in the district and is still a byword for evil and witchcraft and he was considered to be an extremely cruel and tyrannical landlord.

The most famous tale, one that is still repeated today, is that he sold his soul to the devil. Despite being a clergyman, Dr Colville loved to gamble, drink and eat and whatever money he had was soon frittered away. Consequently he was soon bankrupt and having nothing to barter with he decided to use dark powers to replenish his finances. This involved selling his soul to the devil for gold. The doctor knew after years of hedonistic living his soul would not be worth much but he also knew that the soul of a minister or godly men were worth more to the devil than some others and maybe his would be of interest to the dark lord.

Dr Colville owned a large number of books on the ‘black arts’ and he used one of these to perform the appropriate ritual to summon the devil and within a moment there was a reek of sulphurous smoke and up he popped. “Well? Why have you disturbed me?” The doctor told him of his proposal. The devil looked up Colville in his ledger and informed him that all souls had some worth but his was worth very little. Colville accepted that and agreed to a low sum in two instalments. All the devil had to do was to fill an old riding boot with gold and then an old soft hat. Dr Colville would be satisfied with that and the devil could have his soul. The actual date for the surrender of the soul, the doctor suggested, should take place twenty years hence on 25th December.

Suspecting trickery, the devil suggested the date of surrender should be on the last day of February twenty years hence and after some haggling concerning the time this was finally agreed. The first instalment to be paid straight away, the second in seven years. The devil then requested to be taken to the old riding boot. Snapping his fingers gold coin began to fall into the boot and the devil instructed it not to stop until the boot was full to the top. This seemed to take an unusual length of time, what the devil did not know was that the boot had been placed over a hole in the floor which led directly to the cellars of Galgorm Castle and that the crafty doctor had cut away the heel of the boot. The devil realised he had been tricked and with an angry roar he disappeared, promising vengeance in seven years. The doctor just smiled, stating he would look forward to their next meeting.

At the end of seven years, the devil reappeared. However, suspecting another trick he refused to meet the Doctor at the Castle so their meeting place was an old limekiln nearby. The doctor was already there waiting for him by the edge of the kiln, with his old soft hat outstretched. This he required the devil to fill to the brim. The devil snapped his fingers and once more gold coin began to fill the hat but once more the doctor cheated for there was a thin slit in the crown of the hat and the gold fell into the kiln below. Again the devil promised vengeance when he collected the doctor’s soul in thirteen years time.

When the devil arrived at Galgorm Castle he found the doctor within the old church. The so called clergy man was pretending to read the bible by the light of a candle. In a booming voice the devil commanded him to rise and accompany him to hell where he had a very special place set aside for him. “Just a moment” Doctor Colville raised a restraining hand, “Let me finish this portion of Holy Scripture, promise me you’ll wait just until my little candle burns out for you will have me for eternity”. Reluctantly the devil agreed, with a cry of triumph the doctor snuffed out the candle and placed it within the pages of the ironbound bible. “Now it will never burn down, nor will it be lit again, nor can you take it from within the sacred pages”.

Years passed, the doctor was away in Belfast visiting friends and an old maidservant was cleaning his study, it was a dark winter’s evening and she looked around for some form of light. The Doctor had left the bible open on the table and the old servant saw the candle stump. “He’ll not mind me having this wee bit of light on such a dark evening she said, lighting it. As soon as it had burnt away she heard a demonic laugh followed by thunder clap echoing through the castle. When the doctor arrived back from Belfast and heard what had happened, he turned pale and trembled. “You’ve condemned my soul to hell” he told the old woman as he dismissed her from service.

However, Doctor Colville was a crafty man and was determined not to be outdone by the devil. He devised a plan, from that day onwards, every year as the end of February (the last day of February being the date agreed for the collection of the soul) approached, Dr. Colville would become more pious, reading the bible, saying prayers and singing religious songs, all designed to keep the devil at bay until March 1st when Dr. Colville would resume his old ways again and become as heartless as ever-until the middle of February the following year.

Finally, when one 28th February had passed and the great clock in the hall of Galgorm Castle struck midnight. Dr. Colville laid aside his religious books and climbed the stairs to one of the upper rooms where some friends were gathered for an evening of gambling and drinking. Lifting a glass of brandy, he raised it in a toast to his company. “A good swallow of brandy, a good game of cards, what better way to celebrate the 1st March” One of his friends said “But it’s not the 1st March, today is 29th February, it’s a leap year”. At this the Doctor turned white and dropped his glass. “What, a leap year? It can’t be!” he looked around fearfully for his bible. Where had he put it? But it was too late; there came a hammering on the door like the rumble of thunder.

When an old servant opened the door, there stood a tall man in a green cloak. Ignoring the servant’s protest he strode into the castle and up the stairs to the room where the Doctor was cowering. “It’s time that our bargain was completed Dr. Colville” he said in a voice dripping in hate. The Doctor grovelled and protested imploring that some compromise could be arrived at, but without another word, the devil wrapped his cloak around the Doctor and with a puff of foul smelling smoke they disappeared in front of the astonished guests. Neither was ever seen again.

The image in the middle is of Rev. Alexander Colville
Posted by SilentOwl at 10:16 AM