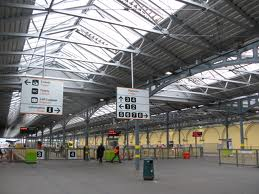 Séan O’Loughlin stood in Heuston Station near Eason newsagents. He was watching the throngs of commuters as they hurried to and fro going about their daily business. He was waiting, but waiting for what or who, the answer to that lies back about three months ago.

Séan had decided that something was missing in his life; he’d tried all the normal channels, work, nightclubs, and bars. In fact all the social activities where you might hope to meet someone to share your life with but to no avail.  You see Séan was looking for a soul mate; in short Séan was looking for love. One of his friends had suggested dating sites but Séan had tried that before with varying results. Another friend suggested the internet as there were chat rooms where you could meet people and get to know them before making any sort of commitment. Séan decided to give it a go.

He made contact with a woman called Mary O’Neill, she seemed to be someone he could chat to and they began to build a relationship. He sent her a photograph of himself and asked if she would send him one of hers, she refused.  She said that if he really cared for her then looks didn’t matter, its’s inside that really counts. She even refused to use a video link. As their relationship developed they found they had a lot in common, they thought alike and Séan realised that he was falling in love with her through her words even though they had never met.

After three months of writing to each other they decided to meet. They arranged to meet at 6-00pm near the newsagents in Heuston station on Valentine’s Day.  She wrote “You will be able to recognise me as I will be carrying a red rose, I will have your photograph with me”.  The six o clock train arrived and Séan stood waiting in anticipation, butterflies seemed to be going mad in his stomach. Finally he saw a group of people making their way along the platform.  He saw a young blond haired woman with green eyes walking towards him, she wore a coat of the most amazing blue and his heart missed a beat. He smiled at her and was just about to introduce himself when he noticed that she was not carrying a rose.  However, right behind her was a woman who looked to be in her late forties with a tuft of greying hair peeping out from under a worn hat. She was rather overweight and her plump ankles were squeezed into a pair of well worn shoes.  She had brown eyes that seemed to twinkle with a warm smile and a kindly expression. She had in her hand a red rose.

Séan quickly looked towards the woman in the blue coat; she was headed towards the Galway Hooker. He hesitated wanting to rush after her but knowing that he couldn’t. He thought of all those hours writing to each other, the words that meant so much to him.  He remembered how he waited each evening by his laptop waiting for her to log on and he realised that looks were not important, Mary’s words came back to him “Its what’s inside that really counts”.  He realised that although she may not look as beautiful as the woman in the blue coat her beauty lay in her words, her friendship and companionship were the things that had raised his spirits and touched his soul. His sense of disappointment vanished and he turned towards the woman on the platform,

“Hello” replied the woman, “I really don’t know what’s going on but the lady in the blue coat gave me this rose. She said that if you introduced yourself then I was to tell you she would meet you in the bar over there, you know, the Galway Hooker?”

The woman replied, “She said it was some sort of test”

Séan nodded, now he understood. Smiling he thanked the woman and headed over to the Galway Hooker.

He had passed the test, would you?

Email ThisBlogThis!Share to TwitterShare to FacebookShare to Pinterest
Labels: Present day interest for me., Storytelling.