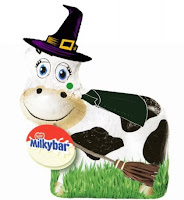 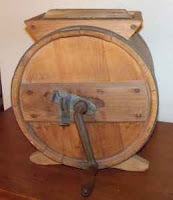 In an earlier post (Saturday, August-21st-2010) I wrote about Mary Butters, The Carnmoney Witch. Since then I've come up with some additional information.

Mary Butters was accused of causing the deaths of three people but it was the verdict of the trial that the deaths were accidental. However, were they really an accident? An earlier event may provide a clue. I'll leave you to decide.

Alexander Montgomery,s eldest son was brought to the house on the insistence of Mary Butters, even though he was married and lived some miles away. Butters insisted that his presence was essential for the spell to be successful.

At 10-00pm Butters sent everyone, apart from David and Elizabeth out of the house.

Margaret Lee, an elderly friend of Elizabeth's who had been staying with the family refused to leave the house, even though Butters repeatedly warned her of the dire consequences if she stayed.

The rest is history and you can read the post of 21st-August. Now for the update.


In 1803 a man called David Porter was executed for posting insurrectionary notices.

At the trial his conviction had been secured by evidence given against him by Elizabeth and David Montgomery. Porter, it was later discovered, had been a close relative of Mary Butters.

So, were David and Elizabeth Montgomery killed for their part in the death of David Porter? Was this all just an elaborate vengeful plan? In this context, Butters insistence on David Montgomery's presence at the ritual makes sense; as does her attempts to dissuade Margaret Lee from staying in the house. Margaret had no part to play in Porter's trial; but her loyal friendship with Elizabeth may have made her a witness who had to be silenced.

It is impossible to say for sure what really happened that night, over two hundred years ago. However, what history has recorded as a terrible and tragic accident may really have been a witch's revenge. What do you think?
Posted by SilentOwl at 7:28 AM