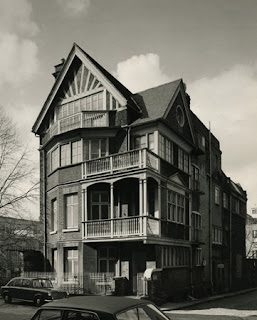 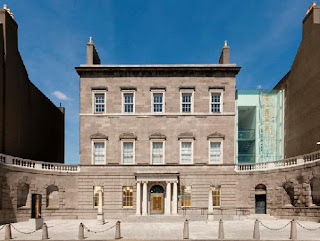 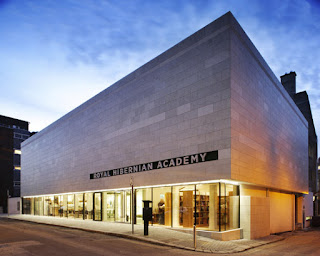 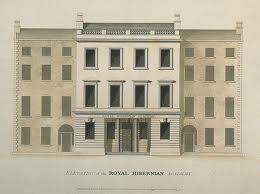 Hugh Lanes 1904 exhibitions were critical in the history of the establishment of Dublin City Gallery, The Hugh Lane, (originally called The Municipal Gallery of Modern Art.  He launched one of the exhibitions of modern Irish art to tremendous success in the Guildhall, London, where over eighty thousand people paid admission to visit it.  It was the first time that modern Irish artists were exhibited side by side with the Impressionists painters.  Pictures by Monet, Manet, Degas, and Pissarro hung alongside Irish artists such as O'Brien, Osborne, Orpen, and J.B.Yeats amongst others. Lane saw the gallery as a place where people could see and appreciate art.

He went on to say that a gallery of modern art in Dublin would encourage both an interest in the arts and the purchase of art by the Irish people. He believed that people would not purchase art if they did not know about art and that such a gallery would serve as an inspiration to student artists which would enable them to express their soul.  Hugh Lane went on to exhibit three hundred and six paintings at the Royal Hibernian Academy; one hundred and six of them were presented to the Municipal Gallery of Modern Art when it opened in 1908.  This was done without any public financial support and it was to show how Hugh Lane's of visual art was to play such an important role in the birth of modern Ireland.

The Hugh Lane Controversy.
On the 7th May 1915 the passenger ship RSM Lusitania was sank off the coast of Cork.  Among its dead was the art collector Sir Hugh Lane.  Lane was a private collector of art and the favourite nephew of Lady Gregory of Coole.  One of Lane’s greatest wishes was to present a large collection of important paintings to Dublin and the Irish nation but there was to be one condition, they must be housed in a suitable gallery.  His collection was opened in 1908 on a temporary basis in Clonmel House, Harcourt Street.

However, Lane became irritated by Dublin’s failure to come up with a permanent home for his paintings and what he saw as a lack of commitment by the authorities.  In a fit of pique he withdrew thirty nine of the most important paintings from the gallery and made a will leaving them to the National Gallery of London.  Lane was to tell a colleague that he had done this in order to shake up the crowd in Dublin but at the end of the day it was his intention that Dublin should have them.  He wrote a codicil to this effect but unfortunately it was not witnessed. Here begins what became known as The Hugh Lane Controversy.

The National Gallery knew it had a great treasure and was not about to give it up.  The codicil attached to Hugh Lanes will was not witnessed and although a number of prominent people at the time insisted that it was Lane’s intention to bequeath the paintings to Dublin and the Irish nation, it was not to be.  In order to legalise the codicil it would take an Act of Parliament which no politician was willing to support.  The National Gallery was in possession and legally entitled to keep the paintings, morally there was a strong argument in favour of Hugh Lane and his last wishes but they were not giving up their legal right.

This provoked a controversy that lasted throughout the twentieth century, many people including members of the ‘Coole Set’ such as W.B.Yeats and Lady Gregory campaigned to get the paintings returned to Dublin but to no avail.  To an extent the issue remains unsolved, however, a compromise was reached in 1959 and it was agreed that the main works in the collection were to be displayed at different times by both galleries.  It provides that the thirty nine Lane pictures will be divided into two groups, which will be lent, in turn, for public exhibition in Dublin for successive periods of five years, over a total period of twenty years.

In 2008, the centenary of the opening of the Municipal Gallery, the centrepiece of the gallery’s display featured the full collection of thirty nine pictures for the first time since 1913. Hopefully we may see them permanently reunited one day to hang in the gallery that bears his name.