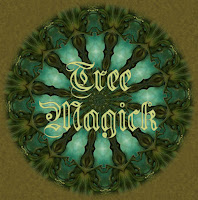 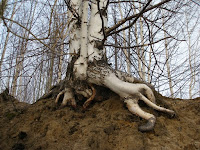 Listen closely and you will hear whispers of rebirth and growth within your soul.

If you were born under the energy of the Birch you can be highly driven, and often motivate others they become easily caught in your zeal, drive and ambition. You are always reaching for more, seeking better horizons and obtaining higher aspirations. The Druids attributed this to your time of birth, which is a time of year shrouded by darkness, so consequently you are always stretching out to find the light. Birch signs (just like the tree) are tolerant, tough, and resilient. You are cool-headed and are natural-born rulers, often taking command when a situation calls for leadership. When in touch with your softer side, you also bring beauty in otherwise barren spaces, brightening up a room with you guile, and charming crowds with you quick wit. Celtic tree astrology Birch signs are compatible with Vine signs and Willow signs.

To the Druids, the Birch (often referred to as the "Lady of the Woods" due to its grace and beauty) represented renewal, rebirth and inception, since it was the first tree to come into leaf after the Winter Season. The Birch along with the Elder were said to stand on either side of the one "Nameless Day" (December 23). This slender but determined tree, which represented the seed potential of all growth, is hardier than even the mighty Oak and will thrive in places where the Oak will fail to flourish. It also signifies cleanliness and purity.

The Birch once fulfilled many purposes...from providing handles for brooms and axes to the manufacture of cloth and children’s cradles. It is particularly well-known for its use in making writing parchment and oil from the bark was often used to treat skin conditions and depression. People were once "birched" in order to drive out evil spirits, while twigs were given to newlyweds to ensure fertility. Witches would use Birch twigs bound with Ash for their broomsticks or "besoms." Birch has been known to cure muscular pains and the sap used in the manufacture of wine, beer and vinegar.

It is the rod of a Birch that Robin Red Breast used to slay the Wren in a furze or gorse bush on Saint Stephen's Day. In Wales, the Birch is a tree of love and wreaths of Birth are woven as love tokens. Its trunk was frequently used to form the traditional maypole and boughs were hung over cradles and carriages to protect infants from the glamour of the Little People.

There are two distinct types of Birch individuals (a division which relates to all Celtic Tree Signs). The "new moon" character is associated with the first two weeks of a sign and the "full moon" character is associated with the last two weeks.
The "new moon" Birch individual has a more impulsive and emotional nature, but is inclined to be subjective and/or introverted.

The positive traits of these people are displayed by their resolve or faith in themselves in overcoming all obstacles, thereby being more tenancious in pursuing their objectives in life. The "full moon" Birch individual possesses a clarity of purpose combined with a visionary nature. Such people are inclined to be more objective and/or extroverted. The characteristic negative traits, however, hinge upon a lack of reality which can sometimes cloud the judgment.

In general, Birch individuals are determined, resilient and ambitious. Being goal-oriented, they make for excellent leaders, good organizers and supreme strategists. Usually undeterred by setbacks and possessed of an intense need to succeed, Birch individuals believe that hard work, patience and persistance will eventually triumph. Birch people are loyal, reliable and trustworthy, but prone to be reserved in displays of affection, although they are sociable with those they choose to socialize with.

Personal limitations are not readily accepted by Birch individuals and due to their drive and ambition, there is sometimes a tendency to grow cynical. These people thrive best under a well-regimented lifestyle and are often known as the workaholics of society. Serious by nature with a somewhat droll sense of humour, Birch individuals sometimes aim to become less serious, which can lead to identity problems.

There is a tendency for Birch people to become obsessive about health, but they are unlikely to be affected physically or mentally, having developed a powerful resistance. They prefer to keep a low profile, even in high office, preferring not to flaunt their successes, and have an acute sense of money, having worked hard to acquire their financial status. On the more negative side, Birch individuals can have a pessimistic attitude at times and may impose upon themselves a large amount of self-discipline.

There is a tendency for the Birch individual to experience loneliness and successful marriages frequently occur later in life, since it is often difficult for such people to easily find someone willing to fit into their strict routine. Divorce is rare for those governed by the Birch...separations being more likely or the premature death of spouses. Birch people need a goal in life in order to avoid becoming depressed and pessimistic. They possess much individual potential but must cultivate great persistence in order to overcome personal setbacks.

Description: Stag people direct their energy and enterprise through ambitious strategy; they are also reliable and trustworthy; very successful financially.

Compatibility: Harmonious relations with Adder and Salmon; will also relate well to Seal, Otter & Goose; difficulties may be expected in relation to all other signs.

The bottom image is of a Birch tree in Russia that they call the Lion Tree. You can see why.
Posted by SilentOwl at 10:58 AM