W.B.Yeats. Father of The Celtic Revival. 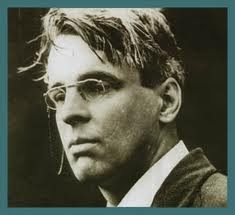 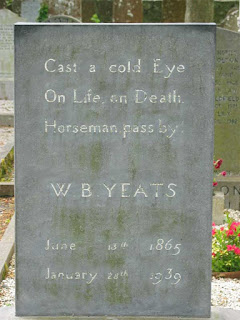 W.B. Yeats and his promotion of Irish heritage, early work up to 1900.

Yeats was born into a protestant Anglo-Irish landowning class; Anglo-Irish Protestant groups supported a literary revival whose writers wrote in English about the ancient myths and legends of Ireland. Most members of this minority considered themselves English people who happened to be born in Ireland, Yeats however, was adamant in affirming his Irish nationality. He lived in London for many years during his childhood and even kept a home there in his adult life but he never forgot his cultural roots.

He became involved with the Celtic Revival; this was a movement that sought to promote the spirit of Ireland’s heritage against the cultural influences of English rule in Ireland during the Victorian period. Although Yeats never learned the Irish tongue himself he drew extensively from the language and the ancient Irish myths, legends, and folklore to reveal the connection between those traditions, the individual, and the nation and by understanding this connection he came to realise the true reality that was hidden from those who failed to see it.

In 1885, Yeats met the Irish nationalist John O'Leary, who was instrumental in arranging for the publication of Yeats's first poems in The Dublin University Review and in directing Yeats's attention to native Irish sources for subject matter. Under the influence of O'Leary, Yeats took up the cause of Gaelic writers at a time when most of the native Irish literature was in danger of being lost as the result of England's attempts to anglicise Ireland through a ban on the Gaelic language.

Yeats believed that the “de-Anglicising" of Ireland did not depend on the preservation of its literature in the Gaelic language. He wanted writers to translate the tales of the history and heritage of Ireland into English whilst retaining the best of ancient Irish literature that was represented in its rhythm and style. He also wanted to build a bridge between the two and write about the histories and romances of the great Gaelic heroes and heroines of the past. Yeats said “let us make those books known to the people” it was his belief that this would do more to “de-Anglicise” Ireland than clinging to the Gaelic tongue of yesteryear. Yeats accepted that the teaching of Irish played a part in our heritage but that we should not base our hopes of nationhood upon it. He said “Remember it is the tales of Cú chulainn and of Deirdre of the sorrows that are immortal and not the tongue that first told them”.

W. B. Yeats became the champion of Celtic culture and his poetry was a celebration of all things Gaelic. Irish legend gave Yeats a way to be something more than a symbolist (Brown, 2001, p83). He wrote in a letter to the French critic and journalist Henry Davray on19th March 1896, that “I am an Irish poet looking to my own people for my ultimate best audience and trying to express the things that interest them and which will make them care for the land in which they live”.

He was devoted to the cause of Irish nationalism and promoted Irish heritage through his use of material from the ancient sagas within his poetry. The publication in 1889 when Yeats was twenty-four of The Wanderings of Osian which was based on the legend of an Irish hero was a defining moment, not only in Irish literary history, but also its political history. Yeats's book, based on the Fenian cycle, brought Irish mythology to the Irish people in English -'the language' as he pointed out 'in which modern Ireland thinks and does its business’. He also published several volumes of poetry during this period, notably Poems (1895) and The Wind Among the Reeds (1899), which also demonstrated his use of Irish folklore and legend.

Yeats knew that many Irish people of the time did not have the benefit of an education and what little they did have was heavily influenced by the Catholic church, a church that believed in the teaching of the Irish language whether you wanted to learn it or not. He also believed, as did most of the protestant writers of the Celtic Revival that the Catholic Church had no desire for the teaching of myth, legend, and folklore which they saw as promoting a belief in pagan gods. In what could be seen as arrogance, Yeats saw himself as the father of the Celtic Revival and because of this he incorporated folklore and myth into his works.

The feeling I get when I read some of Yeats poetry is sadness, as if he is lamenting a time long gone. He seems to be looking for somewhere that no longer exists, and this comes through in such poems as The Stolen Child who yearns to escape from a place that is “more full of weeping than you can understand” or The Lake Isle of Innisfree in which he yearns to escape from the chaos and corruption that surrounds him to a place of peace and tranquillity. Maybe this is symbolic of the turmoil he feels as Yeats writings are so full of symbolism. In his autobiography, Yeats writes that his poem was influenced by his reading of American writer Henry David Thoreau’s Walden (1854), which describes Thoreau’s experiment of living alone in a small hut in the woods on Walden Pond, outside Concord, Massachusetts. Yeats warns that failing to look at ourselves as others see us, 'we may go mad someday' (revolt?) and the English will destroy the beautiful Celtic culture and replace it with what they will. Yeats died in 1939 and although buried in France his body was eventually returned to Ireland and is now buried in the Protestant churchyard, Drumcliff, Co. Sligo. Ironically the person in charge of this operation for the Irish Government was Sean MacBride, son of Maud Gonne MacBride.

Bottom image: Yeats gravestone in Drumcliff graveyard with the inscription “Cast a cold eye on life, on Death, Horseman pass by”
Posted by SilentOwl at 2:25 PM