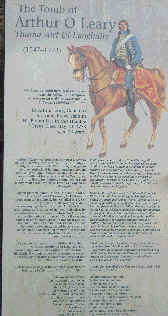 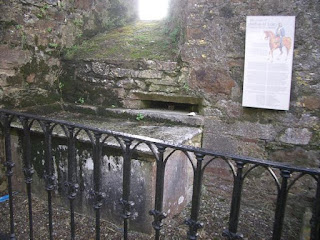 Before I embark on The Famine of 1845-50 I would just like to write a little piece on the Penal Laws that governed Ireland in the 18th century. The results of these laws included abject poverty for the rural Irish, a great and lasting hatred of the ruling classes and a suspicion of a law that favoured the English. This hatred and suspicion was to give rise to the secret societies and they became widespread for where could the Irish look to for protection? Certainly not to the Landlord, the judge, or the ruling classes for they all looked upon the Irish as the common enemy. Oak Boys, Ribbon Men, and White Boys began to dispense their own brand of justice and sought revenge against those who had turned on their own. The informer, the landlord’s man, and those who had taken advantage of the evicted. The Irish had began to learn how to conceal the truth, how to hold secret meetings and how to protect themselves from outsiders and this was to become a dangerous habit and a lesson in how to hate the invader for generations to come. An extremely unwise move for any government to make and although by the end of the 18th century many of the Penal Laws had been repealed, some of them were to remain in effect until catholic emancipation in 1829.


The object of the Penal Laws was to deprive the Irish of all civil life (Catholics) and reduce them to the most extreme and brutal conditions possible. They were denied an education, to have a profession or to hold down any public office. They were forbidden from engaging in trade or commerce, to own land, to vote, to bear arms or to own a horse that was worth more than five pounds. This was the background leading up to the Famine of 1845.

There are many stories that are told of the time of the Penal Law, one such tale concerns a young Irish man called Art O’Leary. He had been abroad serving as a Captain in the Austro-Hungarian army and had returned home with his horse from Vienna. He was married to Eileen O’Connell whose grandson was to be Daniel O’Connell the Liberator and great Irish hero. Art O’Leary had entered his horse in a race which it won easily, an English planter seeing this offered O’Leary five pounds for his horse but of course O’Leary refused it. He was immediately declared an outlaw and shortly afterwards shot through the heart, this was in 1773. The first his wife knew of this terrible murder was when the horse returned home without a rider

There is a haunting poem called The Dirge on the Death of Art O’Leary by his wife Eileen translated by Eleanor Hull. It is worth remembering that she composed this on the spot in the old tradition of the Irish Caoinead (pronounced “kween-eh”) meaning lament.

Lower image: The tomb of Art O’Leary in Kilcrea friary County Cork.
Posted by SilentOwl at 10:52 AM