Imprisonment of children who had committed no crime. 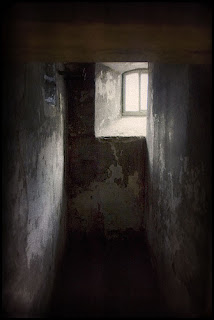 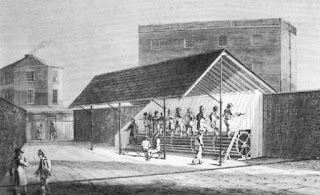 One of the things you don’t seem to think of when you think of the Irish Famine of 1845-1850 is the plight of children. They were affected in many ways other than the obvious ones of starvation and disease. I have recently visited Kilmainham prison museum in Dublin as part of a college trip and it caused me to stop and think. Kilmainham is probably best known as the last place on earth that various Irish political prisoners spent their days, and some may recognise it as the prison location for such films as In The Name of the Father (1993) or The Italian Job (1969). We were given a guided tour of the facility and it was on this tour that the guide began to tell us of those other prisoners that you don’t hear of, the forgotten children of the Great Famine some as young as Five years old.

Many of the children were sent to adult prisons for the most trivial reasons. During the famine years the influx of country people to the cities was frightening, they couldn’t get work, and they had no money and no way to obtain sustenance, so the only option open to them was begging for food. The government answer was to bring out a Vagrancy Law making it an offence to beg for food. Others started to steal food, they had nothing to lose and at least they would get fed in prison. The government answer was to drastically reduce food rations in the prison in order to deter people from crime, this only served to increase the misery of the inmates but it saved the authorities money so they were quite happy to implement the new rules.

Conditions in the Workhouse were so bad that it is recorded that people committed offences in order to be removed to the prisons. If a child ran away they were arrested for the theft of the workhouse clothes they were wearing at the time. A boy of fourteen was sentenced to one month in prison on the Tread Mill for this offence. In Neagh 1849 it was reported that fourteen children were escorted through the streets by the police. Thirteen of these were little boys who were to be whipped at the local jail because they were caught throwing stones at the workhouse master. Some children were even abandoned outside the gates as their parents thought that it was the only way they might survive the famine. Conditions in the prisons were horrendous. Punishment and hard labour were the orders of the day,

Children were made to sleep five or more to a cell only big enough to have housed one adult previously, some would sleep on the floor some would sleep on hammocks. No water, no sanitation, no heat and if you were lucky the jailer gave each cell ONE candle to supply the only source of heat and light (one per cell). During the famine there were that many children in Kilmainham prison the jailers threw straw on the floors of the corridors and made the children sleep there. There were no uniforms supplied, the rags you arrived in were the rags that you would leave in. The majority of the prisoners would be thrown into overcrowded cells to sleep on the damp floor with rats running all over them. They had lice infested straw to cover them. Children as young as five were also imprisoned in these conditions.

Exercise in the prison yard consisted of walking with your eyes down (looking to the cobbles), boys walked clockwise, girls anti-clockwise. If you looked up it was taken that you were looking up to the light, the source of god’s forgiveness, if you were seen by the jailer then you received twelve lashes for you had no right looking for god’s forgiveness. It was common practice to administer twelve lashes a week to each child to prepare them for the reform schools.

Some prisons had a Tread Mill. The Tread Mill was a machine that was used to grind corn in the flour mills, but it was a form of hard labour used in some of the prisons. There were long handles around the centre piece. The children had to hold on to these and walk around in circles pushing it along, but if one child fell it took the other children a few minutes to stop, usually not before the fallen child had been trampled on. The children had to stay on this for five hours in the summer and four hours in the winter and all this was done in silence, any talking, singing, or whistling resulted in the whip. Imprisoned for being an orphan, disablement, or abandonment, having committed no crime and receiving no sentence, some children had been in these prisons for years.

As I walked the dark damp corridors of Kilmainham I felt a great sadness for I found myself listening to the cries of an abandoned child as it called for its mother. How must these children have felt as they heard the dreaded footsteps of the jailer approach and the sound of the key as it turned in the lock? It would be so easy for me to believe that these corridors are haunted, not by the souls or spirits of those poor little children but by the earthbound spirits of those cursed to wander these corridors of pain for all eternity. I wonder how those responsible for this outrage fared. I cannot understand how those who professed to be Christian could do these things. “Suffer Little Children to come unto me” isn’t that what they would have you believe? and oh how they suffered. Thank the gods/godesses that we have lived through a time when we only complain about 'The Recession'.

My thanks to the guide at Kilmainham prison who gave me a lot to think about and even more to be thankful for.
Crimes and sentences of young children in Kilmainham Jail Dublin Ireland.

Alicia Kelly was only eight years old when she was sentenced to five months hard labour in March 1839 for stealing a cloak.

Jane Beerds who was nine years old was accused of stealing fowl in January 1840. She spent three months in the jail before being released in April after being found not guilty.

Michael and Patrick Reilly were aged twelve and thirteen years old in April 1833. They were both found guilty of stealing three ducks and a hen. They each received a sentence of three weeks in prison and a total of sixty lashes. They were whipped each week receiving twenty lashes at a time.

Mick Kearney, twelve and his younger brother Stephen, nine were convicted of stealing money in December 1838. They both received a sentence of four weeks imprisonment and were whipped once a week.

Lower Image: The dreaded treadmill.
Posted by SilentOwl at 10:08 AM