Irish Prostitutes in the American mining towns of the 19th century. 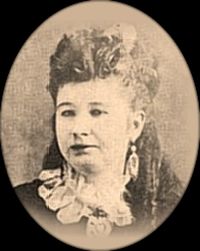 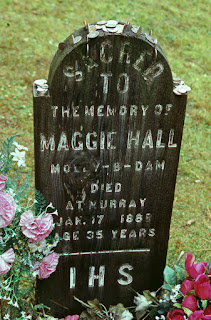 Irish Prostitutes in the American mining towns of the 19th century.


Some women left Ireland full of hope for the future, looking to lands across the sea for opportunity and the chance of making their fortune. Unfortunately it did not always work out and what follows is a tale of two of those women.

Mary Welch was born in 1844 and left Ireland to make a new life for herself in America. She had very little money but bags of ambition, a strong Irish brogue, a great Irish wit and the warm charm that we Irish are known for. She changed her name in America when she stepped ashore in 1858, aged 14 to Josephine Airey and obtained a menial job in the city of New York. She soon tired of the work and the city and moved to Chicago and it was there that she joined the Demimonde (the sisterhood of prostitution). She remained in Chicago for a number of years but eventually she tired of that city and hearing great things of Montana she headed for the town of Helena at the age of 23 in 1867. She boarded a train taking three things with her-money, experience and of course her Irish charm, and it was in Helena that Josephine Airey would start her own very successful hurdy-gurdy house.

She proved herself to be an astute business woman and after outwitting a notorious money lender she began to expand her business and adding to her wealth. After a fire in 1874 she was in a position to buy property from those who were unable to rebuild and she became the largest landowner on Wood Street. In 1878 she married James T. Hensley and learning from the fire of four years previously they built a large stone fire proof dance hall and “The Red Light Saloon”. She became an influential landlord renting other properties she owned to other businesses and she also became a generous benefactor to a number of local charities and important political candidates. Her influence was growing. It was now that she took on another name, that of “Chicago Joe” Hensley.

The city of Helena tried to shut down the dance hall and the hurdy-gurdy house declaring that prostitution and hurdy-gurdy houses were immoral. “Chicago Joe” challenged the city law on a technicality, music in a hurdy-gurdy was made by a machine but in her establishment she employed a three piece band to play the music. The court had to throw the case out, her saloon stayed open. She was making powerful enemies who had become jealous of her success and possibly felt threatened by her as she knew of their ‘seedy past’.

“Chicago Joe”, and her husband, “Black Hawk”, saw the writing on the wall, they needed to change with the times and this meant a change in their business. They built a new establishment called The Coliseum. It became a roaring success, partly due to the high quality ladies it employed and partly due to its lavish furnishings. It was to prove a very profitable investment and she catered to every whim of her clientele. It became the talk of Helena.

In the 1890s things were to change for “Chicago Joe”. Helena became a city of importance and The Coliseum lost its flavour. The depression of 1893 brought about an economic downfall, she lost all her property except “The Red Light Saloon” and she and her husband moved into an apartment above the saloon and began to live the quiet life. She may have been a hard headed business woman but she never forgot her own hard life as a young uneducated girl in Ireland and it was for this reason that she always helped those who needed help. A remarkable woman who although illiterate had a great head for maths. It goes to show that even though some people may look upon you as being less of a person for your status in society what really counts is what you do for that society and how you benefit it rather than who you are and how much money you may have. A lesson there for all of us.

Maggie Hall was born in Dublin, Ireland in 1853. She was from a good, religious family and well-educated. A striking beauty, she had golden blonde hair and blue eyes. In 1873 at the age of 20 she left Ireland to seek her fortune in the land of opportunity, America. She arrived in New York with no idea of what life had in store for her. No money, no contacts and no hope she took the only job that was offered to her, that of a barmaid in a sordid establishment. Her tragic tale begins.

From the very beginning Maggie let everyone know that she was a good Irish catholic girl that would stand for no nonsense. She became well liked in a very short time due to her Irish wit, charm and sense of humour and quickly earned the respect of the bar room customers. She was sought after by many of the men and had no shortage of offers of marriage turning them all down until the day she met and fell in love with a man by the name of Burdan. Although Maggie dreamt of a large wedding she had to settle for a ceremony in front of a justice of the peace, her new husband came from a wealthy New York family and fearing they would disapprove of his choice of bride he kept it secret from them. He was also worried that if they found out he would lose his allowance and he would have to get a job to support his wife and this would not do at all. He even changed his wife’s name to Molly and introduced her to a life of prostitution. He had huge gambling debts and persuaded his new wife to sleep with his debtors as a way of paying off his debts. Romantic bastard wasn’t he?

Poor old Molly made the best of her new life and eventually she left her husband, boarded a train and headed for the mining camps of the West. She had heard of a gold strike in Murray, Idaho. Boarding another train in San Francisco she headed for Thompson Falls, Montana. Arriving in Thompson she got off the train and went over Thompson Pass to the Murray gold fields. She had provided herself with a good horse, appropriate clothing and food.

The minute she arrived in the Murray area her reputation began. A blizzard had developed and she came across a woman and child that had been unable to keep up with the wagon train they were part of. Molly could not and would not leave them and she stayed with them in order to help them survive through the cold and snowy night on the trail. Somehow the news of what she did reached Murray before they did and upon her arrival she was greeted by cheers and praise throughout the town. The first thing she did was to order a cabin and food for her new charges.

In the crowd of people that welcomed her into town was a handsome Irishman with a twinkling eye. He asked her name and she replied Molly Burdan but because of her strong Dublin accent he thought she had said Molly B’Dam and the name stuck. His name was Phil O’Rourke and he was to become her lifelong friend and confidant.

The townspeople soon realised Molly’s occupation. She asked for and got “Cabin number one”. In the town this cabin was the residence of the madam of the red light district. She was finally ‘at home’ She came to like Murray and the people liked her, she treated the girls who worked for her well and if anybody needed help Molly could be counted on th provide it.

History records many of her contributions, most notably her efforts organising help for the sick during the Small Pox epidemic of 1886 and although she did not contract the disease herself it was because of her tireless efforts on their behalf that eventually led to her tragic demise. She developed tuberculosis in 1888 at died at the age of 35. She and others from this era are buried in the Murray Cemetery located on Kings Pass Road overlooking the historic town. The citizens of Murray gave her a simple, elegant funeral and in an outpouring of respect and affection the whole town shut down for the day. Molly’s legendary compassion led the citizens of Murray, Idaho to name their annual city celebration the Molly B'Damn Gold Rush Days in her honour.


Could these women be described as "Great Irish Women in Folklore"?  I'll let you the readers decide.
References

Adams, Ken. Angels or Whores: Prostitutes in the Mining Camps,