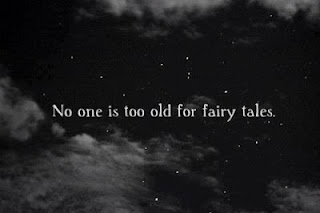 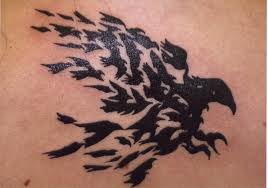 
The Sluagh are dead sinners that return as evil spirits that hunt for souls.  They come from the west, flying in groups like flocks of crows and attempt to enter the dwelling of someone who is close to death in order to steal their soul. It is for this reason that west-facing windows are kept shut at all times. This allows the soul of the deceased to reach heaven before the Sluagh can intercept it.  The Sluagh are well known in Ireland and Scotland and it was a name that brought terror to those who lay on their death beds.  Stories of who and what The Sluagh were date back through our folklore and these stories would be handed down from generation to generation. The stories may differ slightly but the bones of the story is always the same. Be wary of the shadow in the corner.


Once upon a time, long, long ago. In fact so long ago that only the storytellers remember it. Witches and Wizards walked among us and Fairies and Druids were not as rare as they are today.  Magic was in the air and the gods/goddesses were honoured and death was but another path upon the journey.  It was a time when the world was new and everything was possible.


Even then tales of The Sluagh were told. They were described as the souls of the darkest sinners, sinners so evil that not even the fires of the eternal flame would burn them. They were so evil that the underworld spat out their rotten souls and the earth rejected their very presence.  They were cursed to soar above the earth like a flock of birds welded together for eternity. Never to set foot or claw upon the ground.


The Sluagh is an Irish word meaning host, and they continued in their evil ways even after death.  Drifting on the westerly wind they would watch and wait until they felt a dying soul and if they found a door or window left slightly open, the evil souls would enter and linger in the shadows over the dying and wait. If you were sat nearby you may have even hear the eerie sound of whispers as The Sluagh sucked the soul from the weak and dying body.


Once the stolen spirit was captured a terrified scream would echo from the shadows and continue through the night slowly becoming farther way before growing silent. The soul of the dying would now be joined to the unforgiving dead,  now they too were cursed to roam forever through the dark night. Damned to an eternity of sorrow, innocent or evil, any soul would do, it did not matter to The Sluagh.


The Sluagh were said to be bird like with long thin fingers that were webbed with leathery skin (a bit like a bat). They had caped like wings that flapped in the night and long claws that protruded from deformed legs. They were said to smell like rotten meat and it was the sound of beating wings together with this smell that alerted you to their presence. If you then heard a knock on the door or a nail scratching at the window you would be wise to ignore it. When darkness fell it often brought death. It always brought shadows.


In modern day Ireland stories are just that, stories, to be laughed at or viewed as entertainment. Nothing more than superstition or bedtime reading. Stories told by the storyteller sending children to sleep before the Sandman sprinkles his magic dust or the bogeyman crawls out to get you. However take a minute and answer me this. Have you ever lain in bed, watching shadows creep across the room, but there is no light to make shadows? Have you ever heard a far away shriek? Was it a cat, wait a minute. It didn’t sound like a cat, Oh I know, it must be an owl. Or was it?  What about the time you woke up from a deep sleep with that scary feeling that someone or something was watching you. Sometimes you wake up in the morning feeling more tired and drained than when you went to sleep, your head hurts, your limbs ache, you feel thirsty. You think you may be coming down with something for that’s what it feels like.


Perhaps as you lay sleeping The Sluagh came for you. Remember the shadows on the ceiling or in the corner of your eye? When you looked again they weren’t there. Could it be that The Sluagh was feeding but hearing the sound of a weaker soul they left you sleeping? However now they know where you are, they can hear you breathing, lock your doors and keep your windows shut. Look to the west at night, are they flocks of crows returning home to roost...or something else.