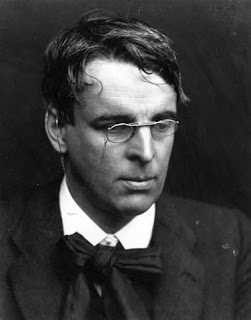 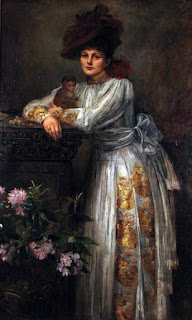 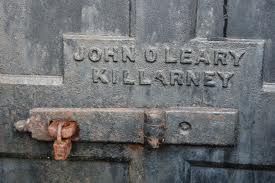 
W. B. Yeats family moved to London when he was two years old and he lived there until he was sixteen. His mothers traditional Irish songs and stories and his frequent holidays in County Sligo to his mothers relations kept the connection to Ireland strong. His first collection of poetry published in 1889, The Wanderings of Oisin and other poems already showed themes that would remain central to his writing, Ireland, myth, spiritualism, folklore and love.

Yeats became involved with the Celtic revival; this was a movement that sought to promote the spirit of Ireland’s heritage against the cultural influences of English rule in Ireland during the Victorian period. Yeats never learned the Irish tongue yet he was to draw extensively from the language and the ancient myths, legends, and folklore to reveal the connection between these traditions, the individual, and the nation. It was through the understanding of this connection that he came to realise the true reality that was hidden from those who failed to see it.

In 1885, Yeats met the Irish nationalist John O’Leary who was instrumental in arranging for the publication of Yeats first poems in the Dublin University Review and in directing Yeats attention to native Irish sources for subject matter. Under the influence of O’Leary, Yeats took up the cause of Gaelic writers at a time when most of the Irish literature was in danger of being lost as a result of England’s attempts to anglicise Ireland through a ban on the Gaelic language.

Yeats believed that the de-anglicising of Ireland did not depend on the preservation of its literature in the Gaelic language (Kelly, 2003). He wanted writers to translate the tales of the history and heritage of Ireland into English while retaining the best of ancient Irish literature that was represented in its style and rhythm. He wanted to build a bridge between the two and write about the histories and the romances of the great Gaelic heroes and heroines of the past. He wanted to make these tales known to the people believing that although the Irish tongue was an important part of our heritage we should not base our hopes of nationhood upon it. He said it was the tales that were immortal and not the tongue that first told them (Kelly, 203). W. B. Yeats became a champion of Celtic culture and his poetry was a celebration of all things Gaelic. Irish legend gave Yeats a way to be something more than a symbolist and he believed that as an Irish poet he could look to his own people for his best audience and to express the things that may interest them and that through this make them care for the land in which they lived.

Yeats was devoted to Irish nationalism, something that he shared with the love of his life, Maud Gonne. He believed in a non violent means of achieving this but she held the view that it was only through violent struggle that Ireland would gain her freedom. It has been suggested that it was this difference of opinion that led Yeats to compose the poem The Rose, and the fact that she married a military man may confirm this. Devotion to Irish nationalism and the promotion of Irish heritage is seen through his use of material from the ancient sagas within his poetry. The publication in English in 1889 when Yeats was twenty four of The Wanderings of Oisin which was based on the legend of the Fenian cycle brought Irish mythology to the Irish people –‘the language’ as he pointed out ‘in which modern Ireland thinks and does its business’. He also published several volumes of poetry during this period, notably Poems (1895)’ and The Wind Among The Reeds (1899) which also demonstrated his use of Irish folklore and legend.

Yeats died in 1939 and although buried in France his body was eventually returned to Ireland and is now buried in Drumcliff, County Sligo. Ironically the person in charge of this operation for the Irish government was Séan MacBride, son of Maud Gonne MacBride.