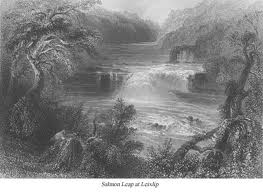 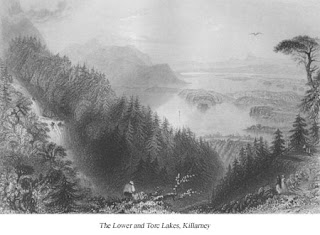 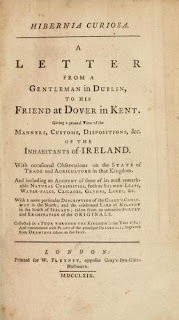 Romantic view of Ireland during the 18th century.


During the 18th century Britain began to see the spread of towns, cities and industrialisation and society’s influence was often seen as corrupt. As a result a new movement began as a reaction against the materialism of the age which was already showing signs of making workers the slaves of machinery and of creating squalid urban environments. This movement became known as Romanticism and it inspired both writers and artists to seek out places that they believed represented areas of unspoilt nature.

Topographical artists such as George Barret Senior and James Arthur O’Connor painted romantic views of Ireland that showed the picturesque and sublime beauty of the landscape. Topographical writers such as Edmund Burke and John Bush wrote of the awe and wonder of nature in all her glory. Britain has many areas of natural beauty, the lake district of Cumbria, the Highlands of Scotland etc but from 1750 onwards it was the picturesque regions of Ireland that became increasingly popular and it was through the works of artists and writers that the scenery and landscape they depicted and in fact nature herself was to become a provider of entertainment.

John Bush wrote Hibernia Curiosa and it is from within the pages of this book that I have chosen descriptions to illustrate this. This book is written in the form of a letter to a friend in Dover, England. It appears to me that Bush has undertaken this journey in order to allow his friend to view Ireland through the eyes of another. Bush writes with a sense of wonderment as he travels around Ireland, the time is 1764 only twenty years after the famine of 1740. When he reaches Killarney, County Kerry, he is struck with a sense of awe as he views the landscape for the first time and he wonders at nature’s majesty. His friend in Dover has asked that he visits this place in particular and Bush attempts to describe the beauty of the lakes as best he can but assures his friend that even then he fails to do it justice.

He writes about the journey that immediately preceded his arrival there, he suggests that “Nature has neglected the rest of the countryside on purpose to lavish beauty on this her favourite spot” (Bush, p90). He then takes us further on his travels to the west end of the lake where he is struck with the sublime as he looks upon “A range of the most enormous mountains” (Bush, p91). Bush writes in a style that is reminiscent of Edmund Burke in that he describes the sublime force of nature and how he regards the terror of certain places. When you read Hibernia Curiosa you can almost feel his sense of emotion as he guides you through his use of words to an understanding of the sublime and the beautiful and he demonstrates through his writing the effect that they may have upon your emotions.

This comes through in his description of the Salmon-leap at Leixslip. He describes it as “One of the greatest beauties, of its kind, perhaps in the world” (Bush, p66). He describes “The verdant hills, this sylvan amphi-theatre” (Bush, p66). He refers to the way the waterfall hits the rocks below, how the water flies off in a thousand different directions with the sun shining on it and how it gives off all the colours of the rainbow (Bush, p69).

I feel that having read Hibernia Curiosa that central to this romantic vision was the belief that the further west you travelled, the more you came into contact with the ‘real’ Ireland uncontaminated by the influence of the city and its new industrial society. It gave me a new understanding of landscape, in some ways to me it has come to mean ‘an escape to the land’.

The importance of travel writer's led to the birth of the holiday industry. Thomas Cooke eventually started his package holiday company in 1841.
Posted by SilentOwl at 3:04 PM