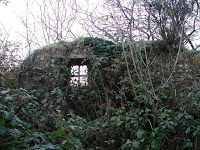 Biddy Early (1798 – 1874)
Biddy Early was a famous Irish seer and healer, a cunning woman of the nineteenth century, often identified as Biddy 'The Healer', 'The Wise Woman' or 'The Witch'.

Much of what is known about her has been passed down from oral tradition and blended into myth and folklore, as such, there is much “poetic licence” used to recount her life. However, in real life she does seem to have had some genuine powers of healing and clairvoyance, for she was widely consulted for her cures and council. Many believed she was of the sidhe (fairies).

Born Bridget Ellen Connors in lower Faha near Kilanena County Clare in 1798, Biddy was the daughter of a small land farmer, John Thomas Connors and his wife Ellen Early. Biddy is described as being small in stature and pretty, a woman who kept her good looks throughout her life. While married four times, she always used her mother's maiden name, believing that her gifts were inherited through the female line. Her mother taught her all about herbs and how to make potions, just as her own mother had taught her.

At the age of 16 when her parents died, Biddy was evicted from their home and forced to work as a serving girl in the nearby towns of Feakle and Ennis. In 1817 she met and married widower Pat Mally, a middle-aged man from Gurteenreagh, who died a short time later. After the death of her first husband, she married his son, her “stepson”, John Mally with whom she had a son called Paddy. Her son Paddy died when he was just 8 years old, of the fever (typhus), a common sickness in those times. After which Biddy started to use her healing powers, giving out herbal cures tied-up in small sachets, and liquid potions in small bottles with strict instructions for how they should be used.

Biddy’s powers of clairvoyance are credited to a mysterious dark bottle. How this “magic” bottle came into her possession, has since become part of her myth and legend. Some believe her late husband Pat Mally gave it to her before he died or her son before he died; others believe it came to her from the “sidhe” (fairies). There are some stories that say she was away with the sidhe, and went to live among them for a time as a child. As a little girl it was said she could see and talk to the sidhe in their own language, which was different from Gaelic and that they taught her how to use her gifts.

She was instructed that by looking into the bottle with one eye and keeping the other eye open, she would be able to see what ailed people and view the future. In exchange for this ability, she was never to charge money for her services, or she would lose the power. She could accept gifts, but was to give away whatever was left over from her own needs. She must never allow others to look into the bottle, or else they would either die or go mad. By using the bottle, Biddy always knew when a person was about to visit her, and whether they had gone to a doctor or a priest first. If they had, then she usually refused to treat them unless she was in a good mood.

In 1840, her second husband died of a liver ailment, most likely due to an excess consumption of alcohol. Biddy quickly married again, her third husband was Tom Flannery from Carrowroe in County Clare. She and Tom moved into a cottage on Dromore Hill in Kilbarron, overlooking Kilbarron Lake that locally became known as Biddy Early's Lake. By this time Biddy’s reputation as a healer and seer had spread, for it was here that she created her most powerful cures, and hundreds of people came to seek her out. It is said the road to her house was always full of those traveling to see her.

Biddy also brought relief to animals, and treated them with great care. In her time, the death of an animal could bring particular hardship to people living in a mainly rural farming community. Animals were relied upon for everyday living, and to lose one could lead to eviction if farming chores were not completed. Many of the stories about Biddy include tales of her healing a family’s most important horse or cow. She also helped many people restore their wells, often the only source of clean water, to solve problems that women ran into while churning butter. Water and butter were also vital to a peasant’s everyday life.

During the nineteenth century, superstitious belief in fairies and all things apparently supernatural was very strong, and when something happened that appeared to be miraculous, without the aid of the church, it was commonly and easily attributed to witchcraft and the devil. As such the local church viewed Biddy with suspicion, and all the local clergy were totally opposed to her. As her fame spread they even tried to warn off people who went to visit her. One story of the churches opposition occurred in 1865. While visiting friends in Ennis, Biddy was charged with Witchcraft under the 1586 statute; however the case was dismissed due to a lack of sufficient evidence. Many of the local people stood their ground against the clergy, maintaining she did nothing but good works.

In 1868, her third husband Tom died, but Biddy now seventy years old, still only looked fifty, and a year later married her fourth husband Thomas Meaney. However he too got sick and died within the year. Many believed her husband’s all died from alcohol abuse, as there was so much whiskey and other strong liquors brought to her in payment. Her husband’s did not need to work as she herself provided everything through her healing work. After her last husband died, Biddy’s own health slowly deteriorated, she died in April 1874 with a rosary around her neck and her mysterious dark bottle wrapped in a red shawl beside her.

Before her death and despite their differences, Biddy had befriended one of the local priests and asked him not to let her bottle fall into the wrong hands when she died. According to her wishes, the priest took the bottle and hurled it into Kilbarron Lake. Since then, such was the belief in Biddy’s legend, many attempts to trawl the lake in search of the bottle have been made, but to this day it has never been found.

That Biddy Early was a real person is beyond doubt, but living in an age and area when education was minimal (except of the genteel and priestly classes), most of the folk that knew her were illiterate, so no reliable record of her life was written down. However, such was her reputation; stories about her life were passed on by local oral tradition. Some 20 years after her death, Lady Isabella Augusta Gregory (see William Butler Yeats) was the first to seek out people who had known her and record their stories in her study of folklore: Visions and Beliefs in the West of Ireland (1920).
Posted by SilentOwl at 9:23 AM