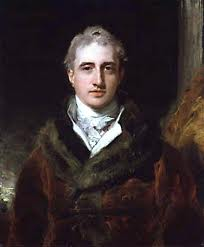 
Within Irish folklore the ghosts of children are a common phenomenon that can be found in every part of the country.  The ghosts known as ‘Radiant Children’ have a supernatural appearance and are surrounded by a brilliant flickering glow.  They are considered warning ghosts (similar to the Banshee) and if you see one of them it means you may not have long to live.  The following story concerns one of these unusual phantoms.


In the mid 1700s Captain Robert Stewart, a British army officer stationed in Belfast was enjoying a few days hunting in County Derry.  It was a lovely day that had started off sunny but without warning the weather turned ugly and a fierce storm began.  Captain Stewart saw a light in the distance and needing shelter he rode towards it.  As he got nearer there appeared out of the gloom an old mansion, the light he had seen came from one of the windows and from within he heard the sound of merriment and laughter.


Captain Stewart dismounted and called for help, several man servants came to his assistance, they informed him that there was a party in progress and the house was full of guests.  However, the Captain was made very welcome by the master and mistress of the house who also invited him to attend the party.  After the party many of the guests went to their beds, outside the weather had worsened, by now the rain and wind was battering the walls of the old house so Stewart’s hosts insisted that he stay the night, have a good breakfast in the morning by which time the storm should have died out.  The master of the house called one of the old servants who was standing nearby and said to Captain Stewart


“Hamilton here will show you to your room”


Gratefully Captain Stewart accepted the offer, the room he was shown was sparsely furnished but the servants had set a large peat fire in the grate that threw out  both a great deal of heat and a sweet smell yet despite this the room had a distinct chill. Stewart lay on the bed and was soon asleep.  He had only been asleep a short time when he was woken by the sound of a child crying in the darkness, he lit the bedside candle and looked around the room but saw nothing and the sound slowly faded away.  Thinking that it must have been a trick of the wind he blew out his candle and was soon fast asleep.  However it wasn’t long before his sleep was disturbed once more, this time it was not the sound of crying but a grey light that flooded the room.  Half asleep Stewart jumped from his bed believing the house to be on fire, looking across the room he gasped at what he saw.  Crouched in a far corner was a naked boy, he was crying bitterly although the sounds he made seemed to come from far away.  Stewart approached the boy and asked him why he was weeping but the boy made no reply, he reached out to touch the boy on the shoulder and as he did so the boy vanished and the room was plunged into darkness.


The following morning Captain Stewart confronted his host complaining that he was the victim of some practical joke that was in extremely bad taste.  However, none of the guests knew anything about it and the whole thing seemed to be a mystery.  Summoning the old servant the master of the house asked him which room he had given to Captain Stewart, the servant replied. “Well, sir, the house was so full with all the other guests so I had a fire made up in one of the back rooms that we never use”.


“Yes sir” the servant whispered, “I didn’t mean anything wrong, I mean it’s just an old story isn’t it?”


Captain Stewart asked “To what are you referring, are you saying that what I saw last night was more than just a child?”


His host nodded “Some things are beyond our understanding”


The Captain laughed for he was a military man and didn’t believe such nonsense, “You don’t mean a ghost, you can’t be serious?”


His host shook his head slowly, “Not exactly a ghost, more a vision. In our family there is an old tradition that the boy, we call him the Radiant Boy, appears only to those destined for great power. However, the person chosen is also destined to die a violent death”.


Captain Stewart laughed once more declaring that he had never heard the like, he then went on to spend the rest of the morning enjoying the hospitality of his hosts.  After lunch he made his farewells mounted his horse and headed back to Belfast.  He was never to see the old mansion again.


Years passed and Stewart rose did indeed rise to power eventually gaining a seat in the House of Lords with the title Lord Castlereagh. He was also a member of the British government under William Pitt serving first as Minister for War then as Foreign Secretary during the Napoleonic Wars.  He was extremely unpopular with the Irish people especially in regard to the part he played in the 1801 Act of Union.  He became ill and just one year after becoming the Marquis of Londonderry his mind collapsed.  At the age of 53 he committed suicide by slashing his own throat with a razor.  The prophecy had at last been fulfilled, he had risen to power, he had died a violent death filled with deep despair.


No one knows if the Radiant Boy ever existed as a real person so it is a matter of historical and folklore conjecture. The origin is lost in time although they seem to appear in the folklore of many different countries, is he a ghost, a spiritual remnant of a departed life, or is he a spirit emissary delivering a warning from the spirit world to those living that are destined to be touched by the far reaching hand of fate? It has even been suggested that the Radiant Boy is comparable to the Banshee in many ways and may only appear to certain families. Once again I will leave it to you the reader to decide.

A story by Mrs. Crow included in Yeats’s Fairy and Folk Tales of the Irish Peasantry (1888)

Posted by SilentOwl at 2:09 PM