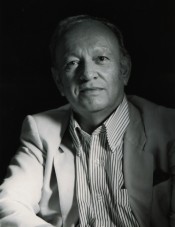 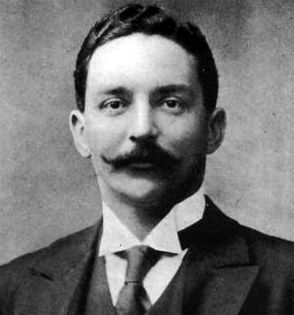 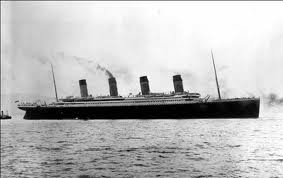 After The Titanic .
They said I got away in a boat
And humbled me at the inquiry. I tell you
I sank as far that night as any
Hero. As I sat shivering on the dark water
I turned to ice to hear my costly
Life go thundering down in a pandemonium of
Prams, pianos, sideboards, winches,
Boilers bursting and shredded ragtime. Now I hide
In a lonely house behind the sea
Where the tide leaves broken toys and hat-boxes
Silently at my door. The showers of
April, flowers of May mean nothing to me, nor the
Late light of June, when my gardener
Describes to strangers how the old man stays in bed
On seaward mornings after nights of
Wind, takes his cocaine and will see no-one. Then it is
I drown again with all those dim
Lost faces I never understood. My poor soul
Screams out in the starlight, heart
Breaks loose and rolls down like a stone.
Include me in your lamentations.
by Derek Mahon.
Joseph Bruce Ismay survived the sinking of the Titanic. He was the president of the White Star Line, the company that built the ship.  This poem is about the sinking of Ismay as much as it is about the sinking of the Titanic. He lived or should I say existed after the death of the ship and the huge loss of life of those who left our shores on that doomed vessel.  The poem seems to suggest that although Ismay survived in the physical sense he was a broken man both in spirit and in mind. He was emotionally and mentally destroyed because of his actions on that fateful day and he died a broken man, his reputation in ruins, his nights haunted by the screams of the dying as they appeared to him in his dreams.
The inquiry that followed suggested that he acted in the manner of a coward. It would have been expected of him to ‘go down with the crew’. The adult male’s on board, both crew members and passengers sacrificed their life’s to save others and were called heroes. Ismay stood accused of ‘running away’, he rejected this but it did him no good and he was to carry the shame with him to the grave.  It has been said that Ismay didn’t escape the sinking of the Titanic as it stayed with him emotionally for the rest of his tormented life. His name destroyed, his conscience causing him great pain and the pain and suffering of the third class passengers resulted in a living death for him.

Derek Mahon seems to have got into the mind of Ismay. His poem reflects the isolation and disgrace that Ismay carried with him. His poem portrays Ismay as a man who feels he has been wronged by his peers, the media and the inquiry. It is as if he wants you to feel some sort of sympathy or empathy for the character of Ismay. You begin to think that Ismay feels that he has been unfairly treated and that the only way he would have been accepted by the public is if he had drowned with all those others who died in the North Atlantic.  Ismay actually wants you to believe that he lost everything that day as he saw his life’s work disappearing beneath the waves: ‘I tell you I sank as far that night as any hero’. He feels that the drowned were praised for drowning yet those who survived were condemned for being alive.

Does he actually believe that he is a victim? Are we to feel sorry for him because he lost his investment?


Some would say that Ismay went into hiding to escape from his persecutors. Those who would hunt him down. The press, the public, the families of those who died. He hides away in his fishing lodge located in Casla, in Connemara on a secluded part of the coastline. Believing that even there the Titanic is mocking him. The incoming tide brings with it reminders of those lost at sea, the women and children ‘the tide leaves broken toys and hat boxes silently at my door’. Ismay has become a paranoid broken man with no joy left in his life, unable to face people. He donates huge sums of money to charities that support retired seamen.
He has taken to using cocaine to block out the visions, the nightmares of people he never knew or even understood.  They came from a different world, one of poverty, he moved in higher social circles. He was a rich man, what care he for those in third class ‘Lost faces I never understood’. Having read this poem I felt that Ismay felt abandoned by his god, it is as if he has lost his soul as well as his faith. Ismay has the last word for he feels so guilty, so distraught; he makes one last request to those who mourn the victims when he says: ‘Include me in your lamentations’.

There were around 120 Irish passengers on the Titanic most of whomwere emigrants hoping for a better life in America. Most of them did not make it.  However, Anna Kelly who had gone up on deck to investigate what had happened, survived in lifeboat 16.  She later became a nun.  There were 706 third class passengers on board-462 men, 165 women and 79 children.  178 third class passengers survived the disaster-75 men, 76 women and 27 children. (www.historyonthenet.com/Titanic/thirdclass)

In first class over a third of the men, almost all the women and all the children survived.  In second class it was less than 10% of the men, 84% of the women and all the children. In steerage/third class 12% of the men, 55% of the women and less than one in three of the children survived. The figures show that despite the "Women and children first" rule, a greater proportion of first class men survived, than third class children.  So it wasn't just Ismay that could be described as a coward. Some third class passengers were denied initial access to the lifeboats by the crew who forbade them to enter the first class area. These included three IUrish girls. (www.independent.co.uk/titanic). I'm not suggesting that there was a deliberate policy of class distinction being operated by the company in regards to lifeboat seat allocation. I will let you decide after you have read the historical accounts.
Upper Image: Derek Mahon.